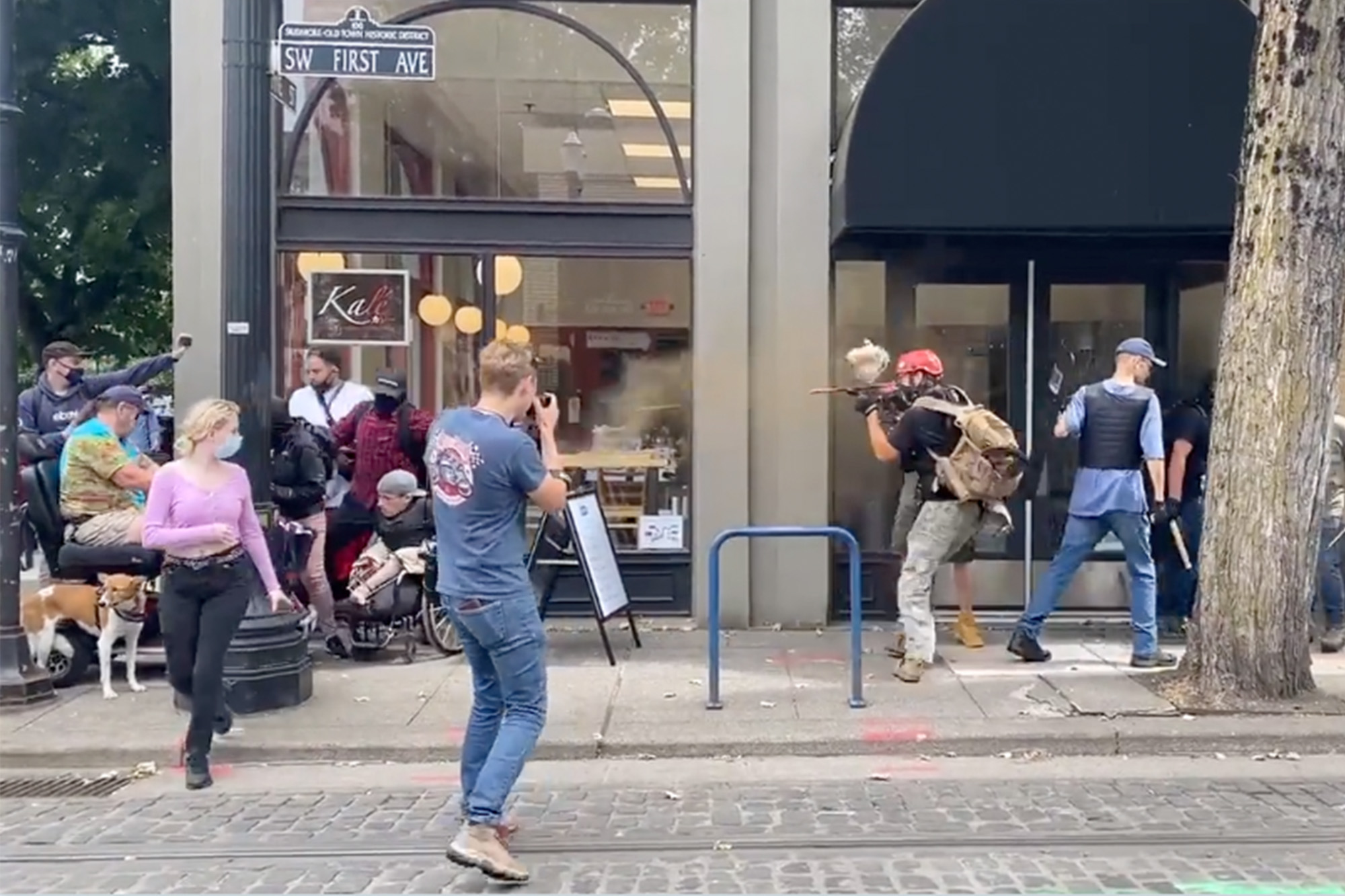 Far-right and far-left activists exchanged paintball fire and pepper spray in Portland on Sunday as The Proud Boys and antifascists clashed at a controversial Canadian Pastor’s rally.

A Christian group led by pastor Artur Pawlowski organized a prayer service at Tom McCall Waterfront Park where about 50 people attended. Members of the Proud Boys appeared to be working as security armed with paintball guns and batons, reported The Portland Tribune.

The service was disrupted by members of Antifa, clad in black, who began throwing smoke grenades and attempting to dismantle the group’s PA system, the paper said.

Videos on Twitter show the confrontation between the groups during the service, where an individual in all black sprays what appears to be pepper spray at the speakers.

Pawlowski is a well known agitator in Canda, known for his brazen anti-homosexuality and was recently arrested in Canada in May for confronting law enforcement and calling them “Nazis” for enforcing COVID-19 restrictions.

He was found guilty of contempt of court in June for hosting large maskless gatherings for church services in Calgary, and denied health officials entry to the church.

The religious service lasted for about 90 minutes, The Portland Tribune said, before both sides began to get in each other’s faces.

The altercation spilled into nearby streets, where the groups continued fighting and exchanging pepper spray on the sidewalk in front of stores, a video from freelance journalist Sergio Holmes shows.

The video shows a police vehicle responding to the action, but not intervening.

“The Nazis came out and we drove them off again,” Wade Varner, a 64-year-old Navy veteran who served on the U.S.S. Fulton told The Portland Tribune. Varner said he was passing through the park with his dog when he decided to get involved.

“I’m sitting here, totally unarmed, in a wheelchair, and this f–ker shoots me in the face with a paintball.”

“Antifa had threatened to beat people up and do what they do — and then they showed up and did it,” an unnamed attendee from the right-wing side told the paper. “The police were not even far from there and they were laughing in their vehicles and doing their thing. It’s probably hard to care as an officer in a place where they take away all your funding.”