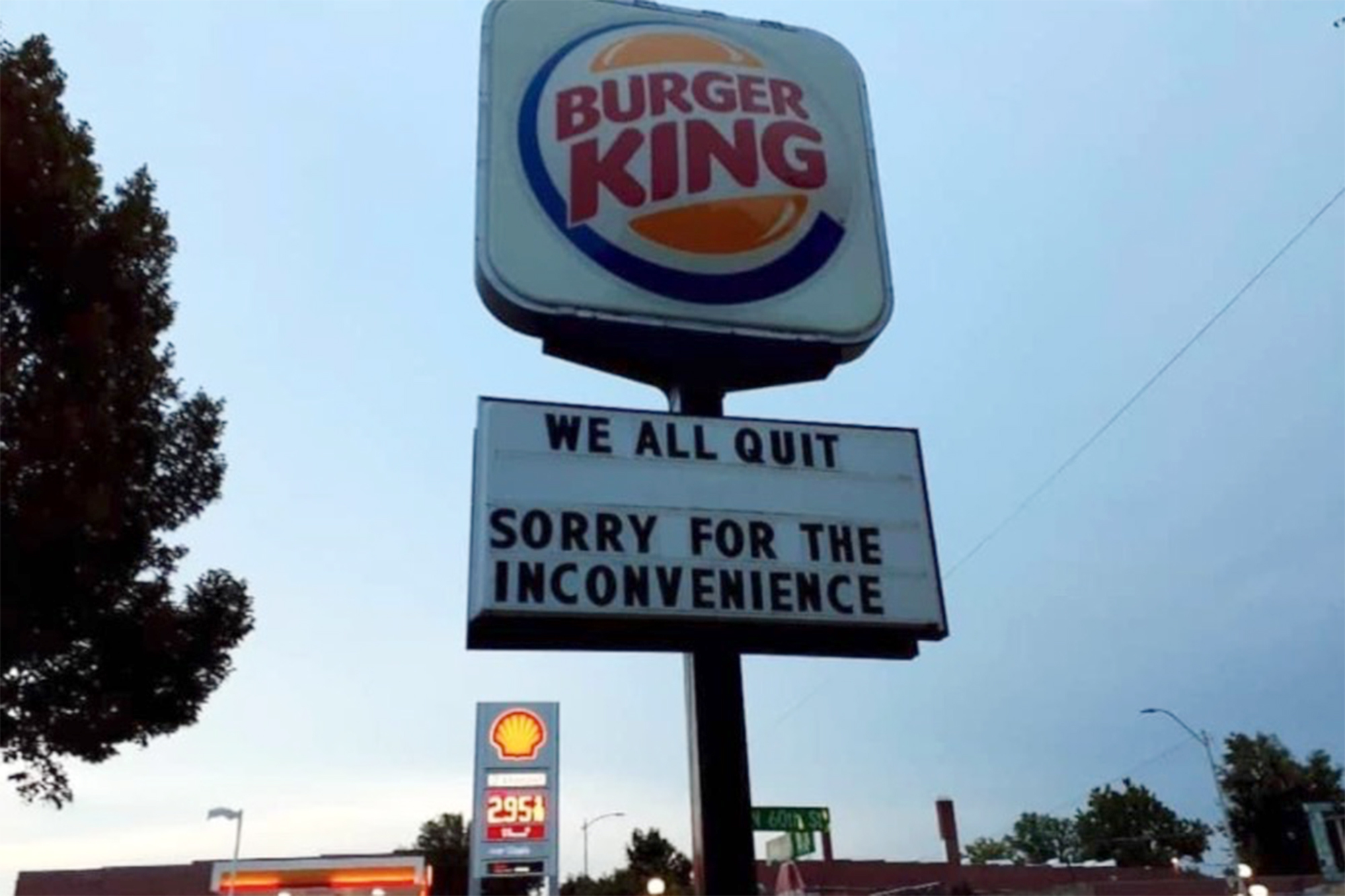 A crew of fed-up Burger King employees took their beef with their bosses public — with a simple message on the fast-food mecca’s display sign that’s since gone viral.

“WE ALL QUIT,” the sign outside the Lincoln, Nebraska, eatery said, KLKN-TV reported. “SORRY FOR THE INCONVENIENCE.”

The message, which restaurant management had taken down on Saturday, was the handiwork of a crew of disgruntled employees who had decided to quit over difficult working conditions and long hours.

Former General Manager Rachael Flores, among the nine workers who hung up their aprons, said she once landed in the hospital with dehydration after working in the steamy kitchen without air conditioning.

“They have gone through so many district managers since I’ve been GM,” said Flores, who started working at the eatery in January, told KLKN. “No one has come to the store to help me out. They’re so in and out.”

She said the idea for the sign was cooked up by her staff as “just kind of a laugh to upper management,” she told the station.

“I didn’t think anybody was going to notice it, because we did just one sign, and then it went pretty crazy on Facebook,” she said. “I got a call from my upper management and they told me I needed to take it down.”

Flores’ boss then told her to turn in her keys and she was fired, the outlet said.

Another ex-worker, Kylee Johnson, said she had only remained at the burger joint to help out Flores, whose restaurant she said was badly understaffed.

“I knew what was going on staffing-wide,” Johnson said. “We were just waiting for more people to come then and we got nobody.”

Texas couple kicked out of restaurant after wearing masks

UN secretary-general urges US and China to repair relationship

Mohit Sharma - September 20, 2021
0
Fire crews are battling to stop a growing California wildfire from destroying thousands of giant sequoias after harrowing photos emerged of flames burning up the...

Texas couple kicked out of restaurant after wearing masks

UN secretary-general urges US and China to repair relationship