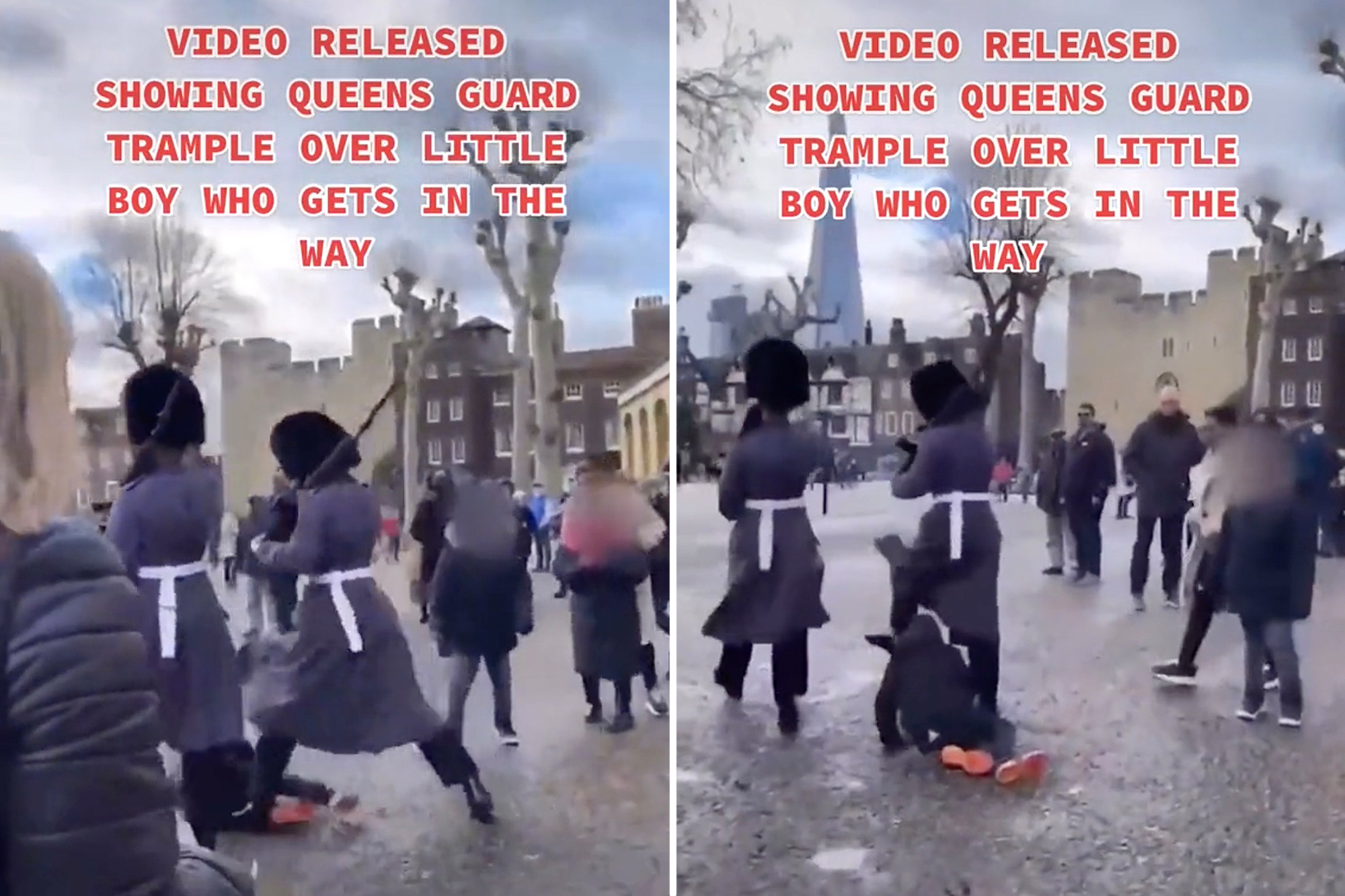 Viral video shows stoic British guards trampling a youngster who made the mistake of getting in their way outside the Tower of London — with the clip now viewed more than 5.7 million times.

The TikTok video shows two of the guards marching in the English capital when the boy steps in the way of one of them, who shouts “Make way!” before squashing the kid.

The unidentified boy is seen scrambling back up as soon as the guard walks past him.

The soldiers are part of the Queen’s Guard, a regiment of the British army charged with protecting the monarchy, including Buckingham Palace, and famously impossible to rattle.

A spokesperson for the army told British news radio station LBC Wednesday that it was “aware of the incident at the Tower of London earlier today during a routine patrol.”

“The soldier tried to step over the child and continued on his duty,” the spokesperson said. “Following the incident, the soldier checked on the child and was reassured that all was well.”

But TikTok commenters had mixed feelings on the incident.

“To all the people saying they’re just doing their job,” one wrote. “If your job involves trampling children therein lies the problem.”

Said another, “It wouldn’t kill the guard to walk around the child. If it’s adults in the way I understand but if it’s a child you can make an exception.”