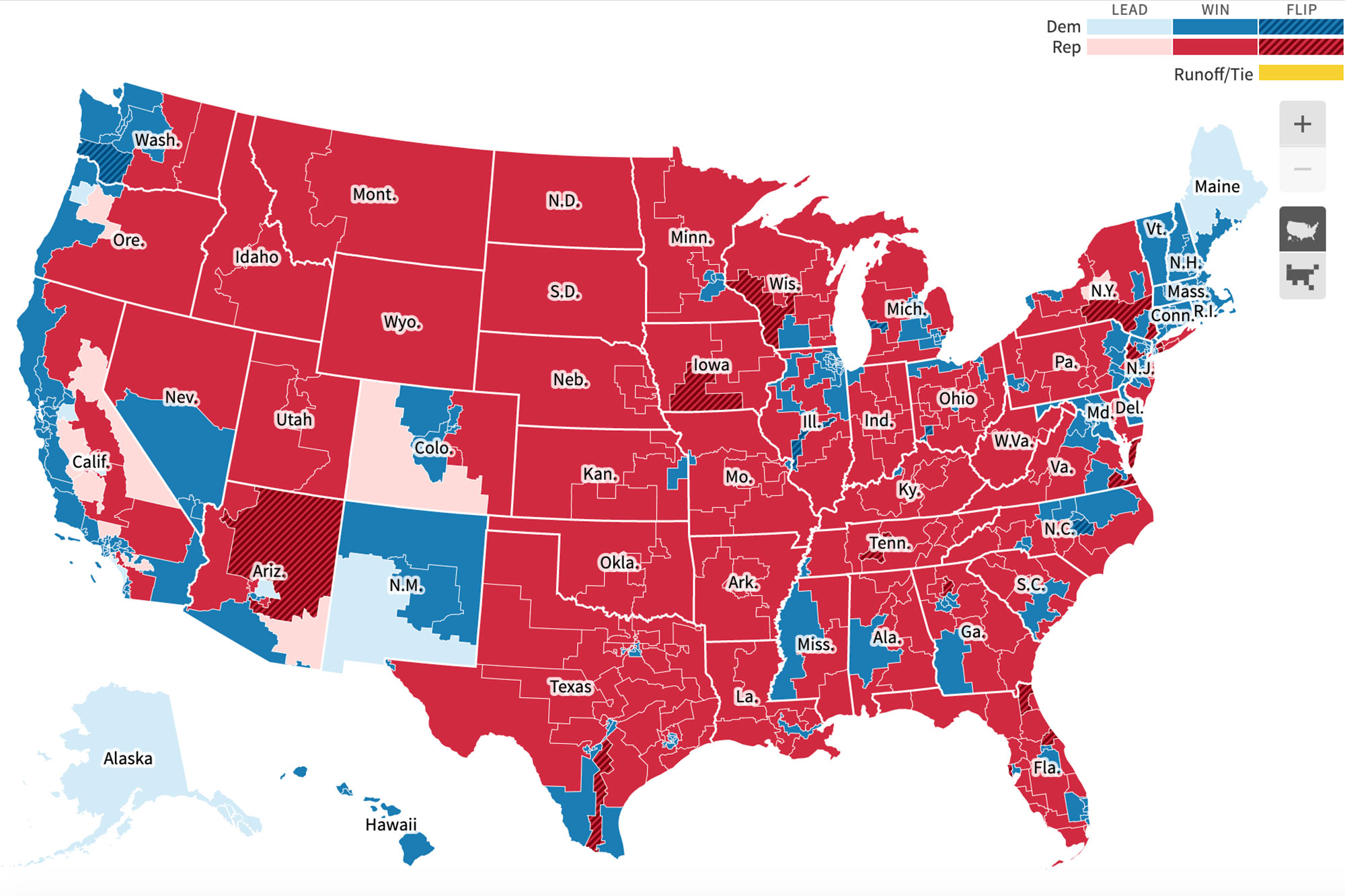 Control of the House of Representatives remains on a knife’s edge Sunday after the Democrats were able to squeeze out a thin majority in the Senate.

The last seat will be decided in a Georgia runoff election between incumbent Sen. Raphael Warnock and former NFL star Hershel Walker on Dec. 6.

Democrats scored a stunning upset in Washington state Saturday after Marie Gluesenkamp Perez was declared the winner over Joe Kent in the state’s 3rd District. The seat had been held by Republican Jaime Herrera Beutler, who lost to Kent and Perez in the nonpartisan primary.

Far-right Congresswoman Lauren Boebert has taken the lead in her much-closer-than-expected bid to be reelected to Colorado’s 3rd District. She currently has 50.2% of the voter to her opponent Adam Frisch’s 49.8%.

And in Alaska, it looks the Democratic incumbent Mary Peltola will hold on to her seat after she defied the odds and became the first Alaska Native to be elected to Congress in an August special election, beating former Gov. Sarah Palin. The ranked-choice voting race is still too close to call.