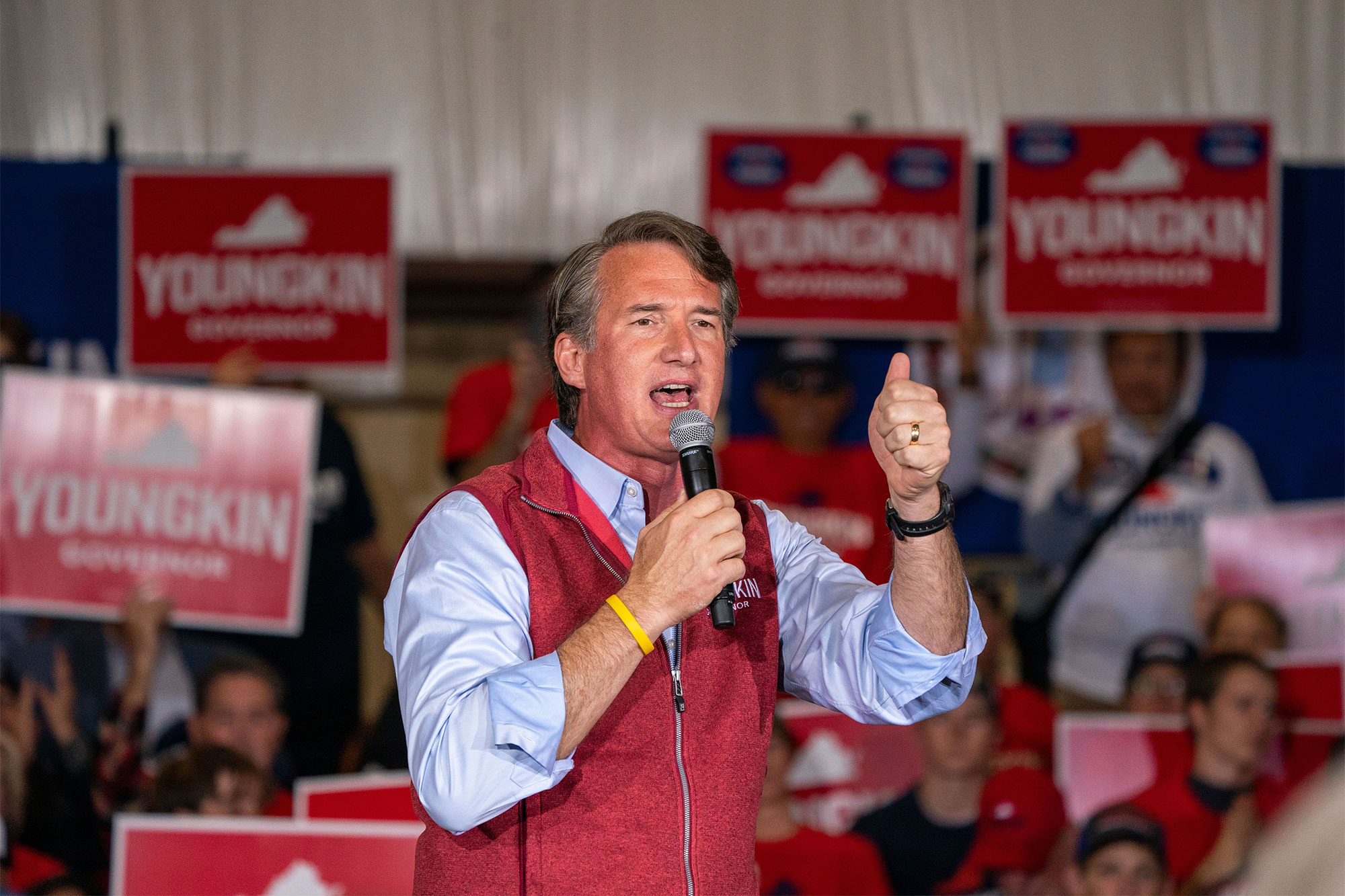 Republican Glenn Youngkin pulled off an upset for the ages Tuesday night, defeating Democrat Terry McAuliffe in Virginia’s gubernatorial election, a result that sent a political shockwave across America ahead of next year’s midterm elections.

Republicans also had narrow leads in the races for Virginia’s two other statewide offices. Businesswoman and former Virginia House of Delegates member Winsome Sears would become the first black lieutenant governor in the commonwealth’s history and the first black woman to win statewide office if she defeats current House of Delegates member Hala Ayala.

In the Virginia attorney general’s race, Republican Jason Miyares, a descendant of Cuban exiles, led Democrat Mark Herring, who was seeking his third consecutive term in that office. Miyares would be the first Hispanic person to hold statewide office in Virginia.

“This Republican sweep in Virginia is a resounding rebuke of the failed policies of Joe Biden and the Democrats,” the RNC said Virginians – and Americans across the country – are fed up with Biden’s divisive policies, failed leadership, and a Democrat agenda hurting working families. A Republican wave is coming in 2022, and Virginia is just the start.”

Running against a former governor in a state President Biden carried by 10 percentage points last year, Youngkin focused his campaign on winning back suburbanites alienated by former President Donald Trump.

He did that by keeping Trump at arm’s length throughout the race and hammering McAuliffe on local issues like the economy and education, advocating for more parental involvement in schools and vowing to ban the teaching of critical race theory in K-12 classrooms.

As a result, Youngkin ran up big margins in traditionally Republican areas in the south and west of the commonwealth and performed well enough in Northern Virginia’s Democratic-leaning DC suburbs to score an apparent victory that seemed unlikely even two months earlier, when one poll of likely voters had him trailing McAuliffe by 9 percentage points.

“I would like to thank my BASE for coming out in force and voting for Glenn Youngkin,” Trump said in an emailed statement. “Without you, he would not have been close to winning. The MAGA movement is bigger and stronger than ever before. Glenn will be a great governor. Thank you to the people of the Commonwealth of Virginia and most particularly, to our incredible MAGA voters!”

McAuliffe may have unwittingly given Youngkin a foothold in the race during a Sept. 28 debate, when the topic turned to parental objections to racially charged or sexually explicit school curriculum materials.

“I don’t think parents should be telling schools what they should teach,” the Democrat said, giving Youngkin an opening to accuse him of wanting to “suppress and silence” parents so schools could push a “radical political agenda” in classrooms.

Two other events in early October gave Youngkin the opportunity to press the issue. First, on Oct. 4, Attorney General Merrick Garland announced that the FBI would take the lead in investigating what he called “a disturbing spike in harassment, intimidation, and threats of violence against school administrators, board members, teachers, and staff.”

Days later, reports emerged that the public school district in wealthy Loudoun County had covered up the sexual assault of a female high school student earlier this year. The girl’s father was arrested when he tried to confront school board officials about the alleged attack, an incident that was cited as potential domestic terrorism in a letter from the National School Boards Association to Garland days before the Oct. 4 announcement.

“Terry McAuliffe has demonstrated that he cares more about his own career than he does for Virginians,” Youngkin told Fox News in an interview last week. “He wants to put government between parents and their children. If he doesn’t like the answer, then all of a sudden, the FBI comes in and tries to silence them.”

That message bore fruit in places like Loudoun County, where McAuliffe led Youngkin by 10 percentage points with most votes counted. By contrast, Democrat Ralph Northam defeated Republican Ed Gillespie by 20 percentage points in the most recent gubernatorial election in 2017.

Despite education getting most of the press in the final weeks of the campaign, the Associated Press VoteCast survey showed more than a third of voters (34 percent) chose the economy as the top issue. Approximately 17 percent said COVID-19 was the most important issue, while 14 percent chose education.

However, voters who ranked the economy and education as the top issues were more likely to back Youngkin, who campaigned on a promise to cut taxes and regulations.

Both candidates had said the implications of the election would be felt well beyond Virginia.

At one of his final events of the campaign, McAuliffe insisted “the stakes are huge.” Youngkin said the election would send a “statement that will be heard across this country.”

Vice President Kamala Harris delivered an even more explicit warning at a McAuliffe rally last week, telling supporters that “what happens in Virginia will in large part determine what happens in 2022, 2024 and on.”

After Tuesday night’s result, Democrats will be hoping she was wrong.