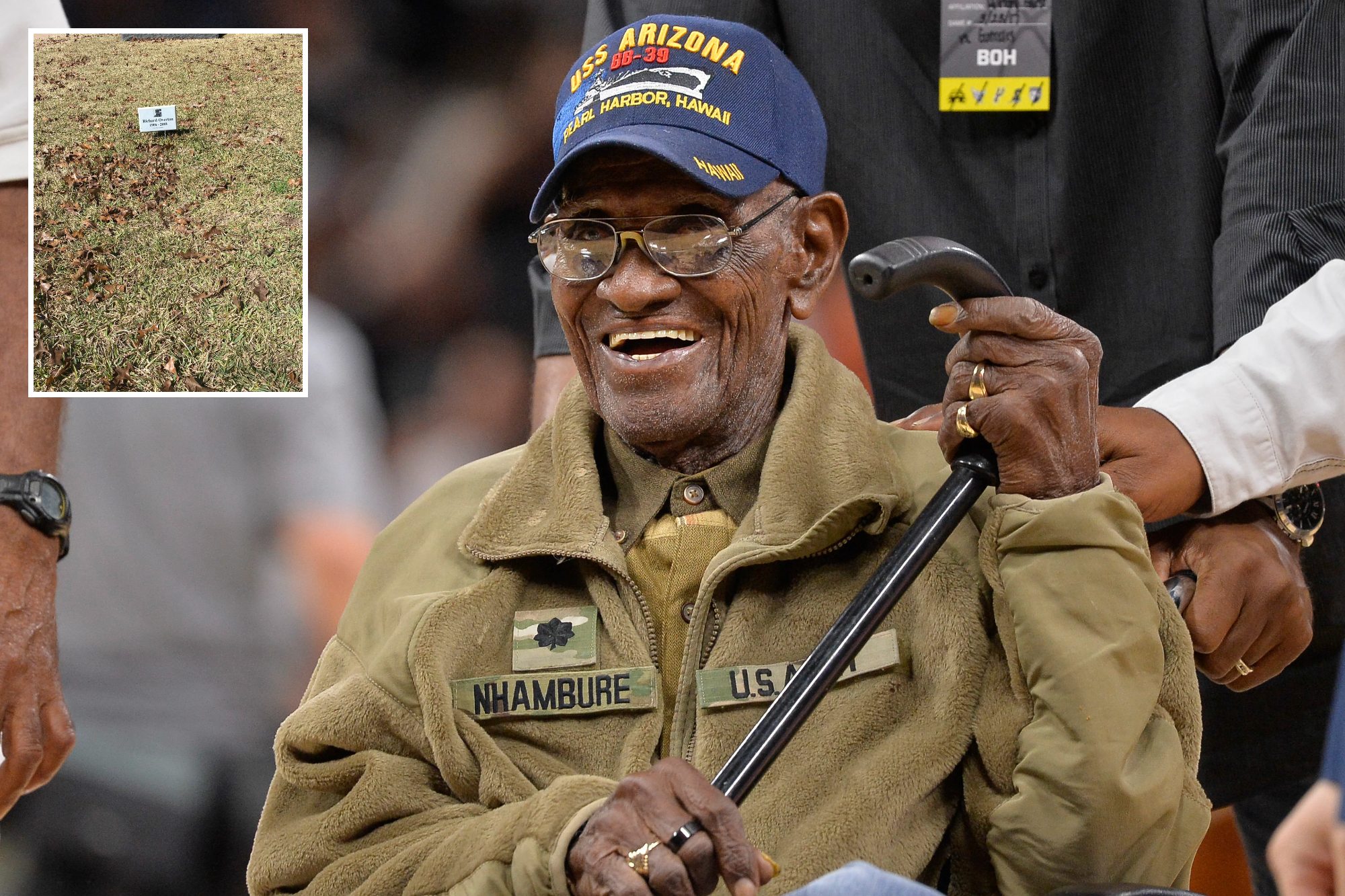 Richard Overton, who was the oldest World War II veteran when he died in 2018 at 112, is still waiting on a headstone for his grave at Texas State Cemetery in Austin, Texas.

A memorial for Overton had originally been planned to be unveiled at his gravesite on his 114th birthday, which was May 11, 2020. Last year, FOX 7 Austin reported that Overton’s planned memorial had hit snags because of financial issues and complications from the COVID-19 pandemic.

In November, Overton’s friend Allen Bergeron told FOX 7 Austin that he was hoping the memorial would be finished by the end of the year, but pinpointed supply chain issues as another issue hampering the memorial. He said community support and a generous donation of $10,000 had put them within $900 of their goal.

“It’s going to be amazing,” Bergeron said of the memorial. “It’s going to be a tribute to him. It will actually be the form of a statue, actually looking toward his house, just a couple of blocks away. And he might have a cigar in his hand.”

Overton, who was also thought to be the oldest living American, was born in 1906 in Bastrop County, just outside Austin, Texas.

Overton was in his 30s when he volunteered for the Army, and was at Pearl Harbor right after the Japanese attack in 1941.

The WWII veteran served in the all-black 1887th Engineer Aviation Battalion from 1942 to 1945, a period that included stops in Angaur, Palau; Peleliu, Micronesia; and Iwo Jima, Japan.

On Veterans Day in 2013, former President Barack Obama honored Overton in front of thousands at Arlington National Cemetery. “His service on the battlefield was not always matched by the respect that he deserved at home. But this veteran held his head high,” Obama said.

In his later years, Overton could often be seen on the porch of his home, which he built in East Austin in 1945. He credited God for his long life, but also said his love of cigars and whiskey helped. “I been smoking cigars from when I was 18 years old, I’m still a smoking them. Twelve a day,” he said.

The Texas State Cemetery did not immediately respond to a request for comment.