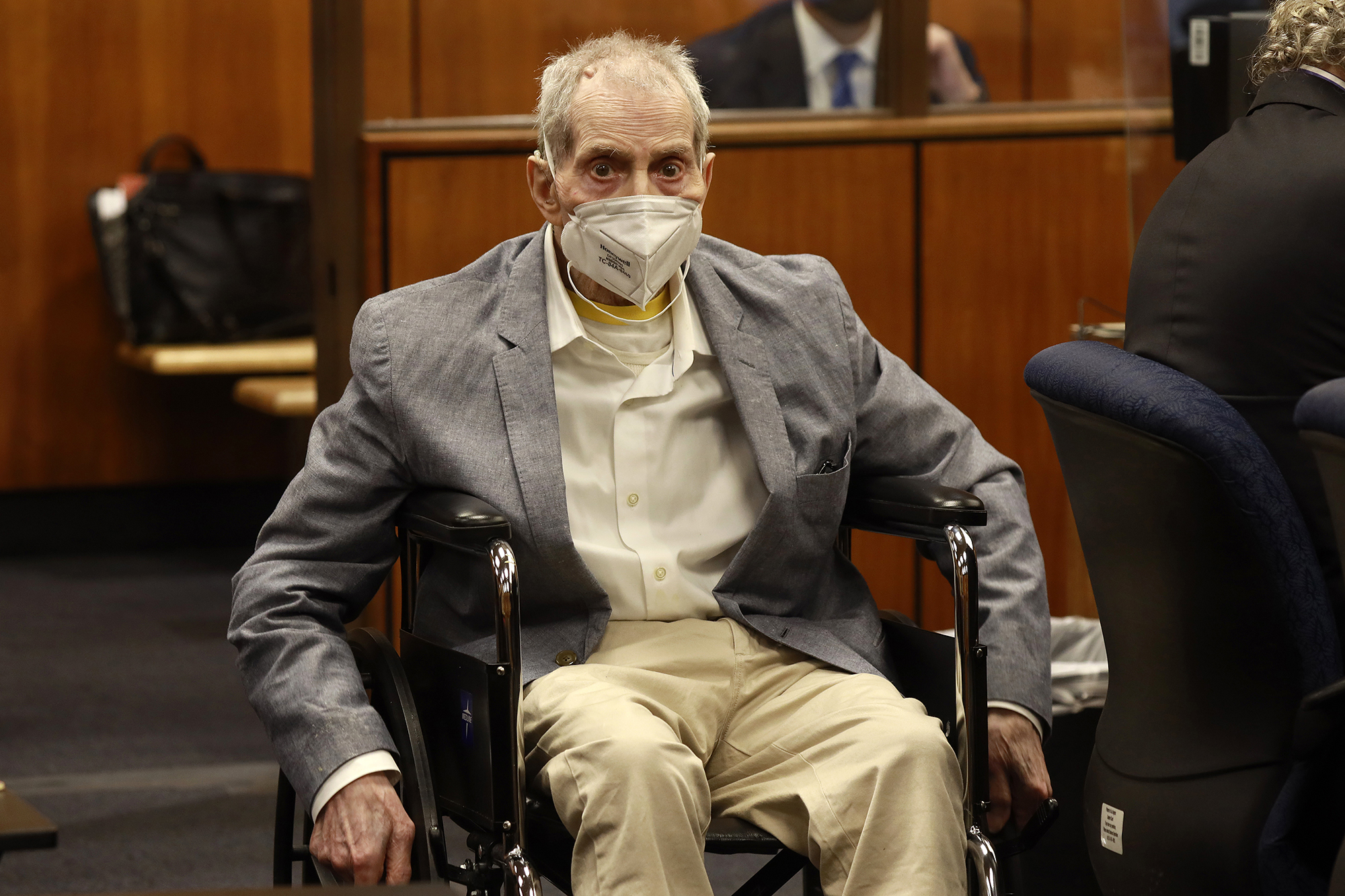 A Los Angeles jury returned the verdict Friday afternoon after a months-long trial that began in May.

Prosecutors argued Durst, 78, shot and killed confidante Berman at point blank range in 2000 to prevent her from telling police about a fake alibi she provided after his wife Kathie disappeared from Westchester County in 1982.

Although he was only tried for Berman’s murder, prosecutors argued he killed Kathie — and planed to flee the country after an incriminating HBO documentary about the alleged murders aired.

Durst famously appeared to confess to the murders during the miniseries “The Jinx: The Life and Deaths of Robert Durst.”

“Killed them all, of course,” Durst was caught muttering to himself on a live mic. The show also exposed him lying about writing a note that directed cops to Berman’s corpse.

He was arrested in 2015 in New Orleans a day before the final episode aired in 2015, donning an elaborate head-to-shoulder prosthetic mask to conceal his identity, along with a pile of cash, a gun and a map of Cuba.

The trial began in the spring of last year but was paused for 14 months because of the pandemic.

Bicyclist killed after being hit by the same car 3 times

Sikh men use makeshift turban rope to save hikers in Canada