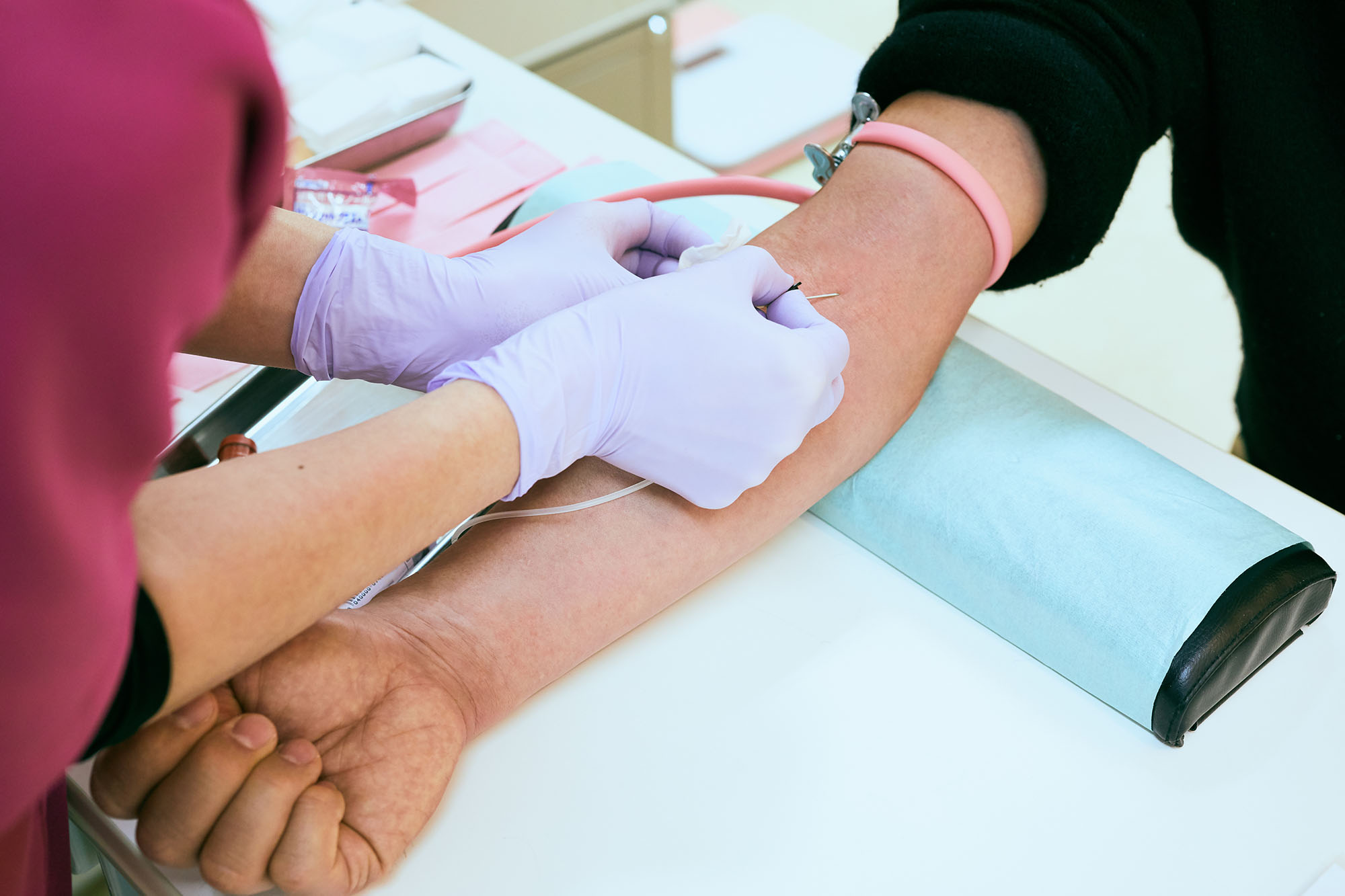 A Scottish man was turned away from a blood donation center because he refused to indicate whether he was pregnant, according to a report.

Leslie Sinclair, a 66-year-old father of two, had donated some 125 pints of blood over five decades before he was barred from his altruistic efforts during a trip Wednesday amid a push for new donors, Daily Mail reported.

Sinclair, of Stirling in central Scotland, was told to complete a form asking whether he was with child or had been pregnant in the last six months, prompting him to reply that the question did not apply to a man in his late 60s.

“I am angry because I have been giving blood since I was 18 and have regularly gone along,” Sinclair told the outlet Friday. “I’m very happy to do so without any problem.”

Sinclair told a staffer at the Albert Halls clinic in Stirling it was “impossible” for him to be pregnant, but soon learned that he needed to answer the query in order to give blood. He now has no plans on returning to the donation center.

“I told them that was stupid and that if I had to leave, I wouldn’t be back,” Sinclair said. “And that was it, I got on my bike and cycled away.”

Sinclair said he was angered since “vulnerable people,” including children, are in desperate need of donations.

“But they’ve been denied my blood because of the obligation to answer a question that can’t possibly be answered,” Sinclair told Daily Mail.

The denial came amid a push by England’s National Health Service last week to bring in more than a million blood donors over the next five years following a decrease during the pandemic, according to the report.

The Scottish National Blood Transfusion Service has also announced plans to recruit 16,000 new donors in the next year, but anyone who considers giving blood will be asked if they’re pregnant to “promote inclusiveness,” Daily Mail reported.

“There is always a form to fill in and that’s fine – they tend to ask about medical conditions or diseases – and clearly that’s because the blood needs to be safe,” Sinclair continued.

But the new question threw Sinclair for a loop, as well as his wife, he said.

“She just can’t understand it either,” the retired driver for an engineering company said.

Anyone who has given birth in Scotland must wait six months before donating blood. Scottish National Blood Transfusion Service officials said all donors are now asked whether they’re pregnant as part of a “duty to promote inclusiveness,” according to the report.

“We appreciate the support of each and every one of our donor community and thank Mr. Sinclair for his commitment over a long number of years,” SNBTS director Marc Turner told Daily Mail.

“Whilst pregnancy is only a relevant question to those whose biological sex or assigned sex at birth is female, sex assigned at birth is not always visually clear to staff,” Turner said.

Noting “changes in society,” Turner said the agency is now asking all potential donors the same questions during appointments, including whether they’re pregnant.