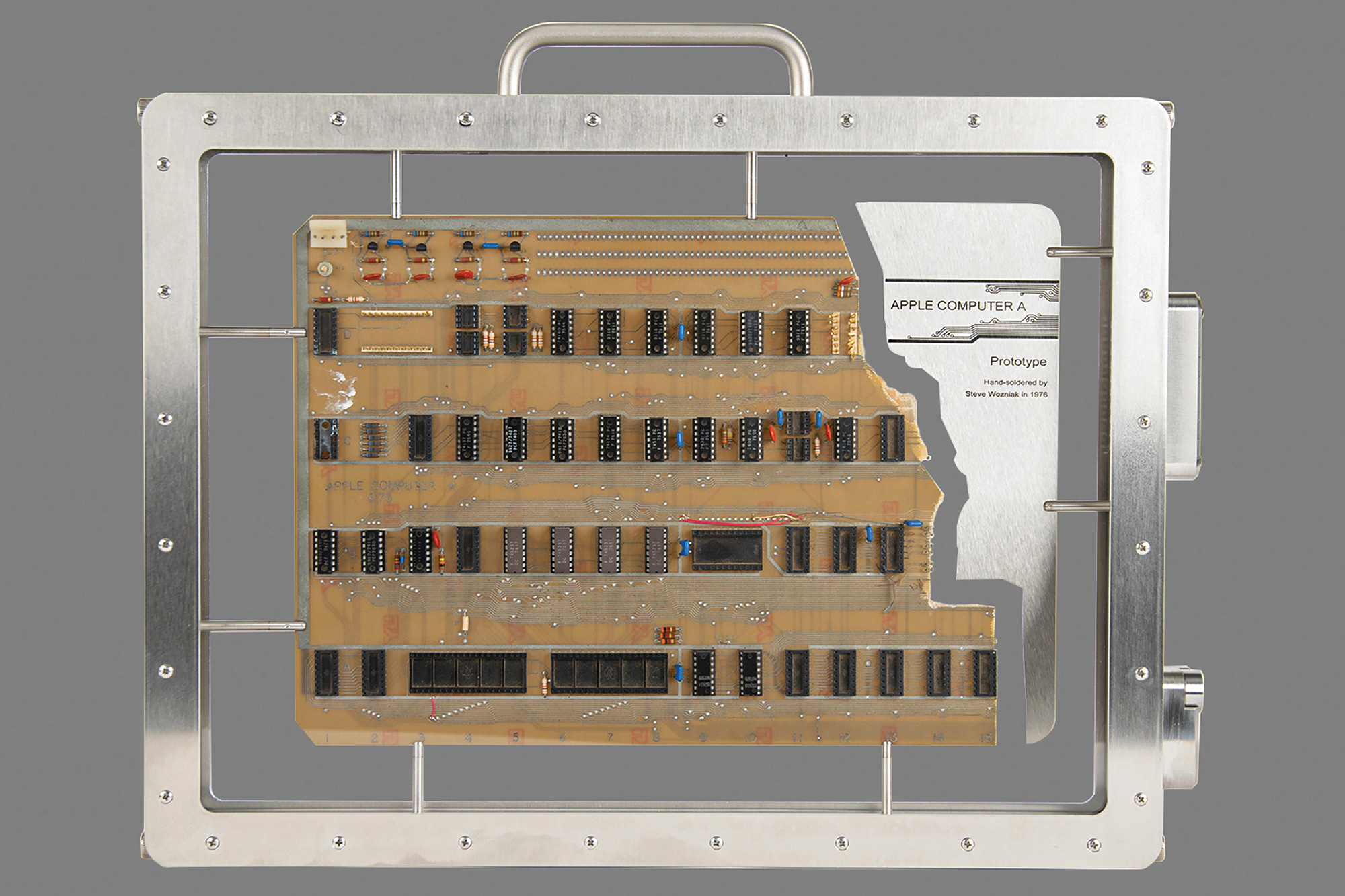 This old computer model — which altered the course of tech history — was the apple of a collector’s eye.

An authenticated Apple-1 Computer prototype that dates back to 1976 has sold at auction for $677,196.

The pricey prototype, hand-soldered by Apple co-founder Steve Wozniak, and was used by Steve Jobs to showcase Apple-1 to the owner of one of the first personal computer stores in the world.

The demonstration resulted in Apple’s first large order, which changed the trajectory of the entire company, according to RR Auction, the Boston auction house who sold the vintage circuit board.

“This is the prototype before they had any money, before they had any investors, that they brought to this guy’s shop,” Bobby Livingston, RR Auction’s executive vice president, told The Post. “It’s that first piece of this great, incredible, gigantic company.”

Jobs and Wozniak originally imagined it to be sold as a $40 do-it-yourself kit for hobbyists, but because Paul Terrell of The Byte Shop in Mountain View, California asked, they created 50 assembled personal computers to be sold at $666.66 each.

An anonymous Bay Area collector, who Livingston called “a great collector of premium American artifacts,” snatched up the analog artifact, made of cardboard and resin and dubbed the “holy grail of Steve Jobs and Apple memorabilia.”

How a DHS whistleblower was silenced over early covid failures