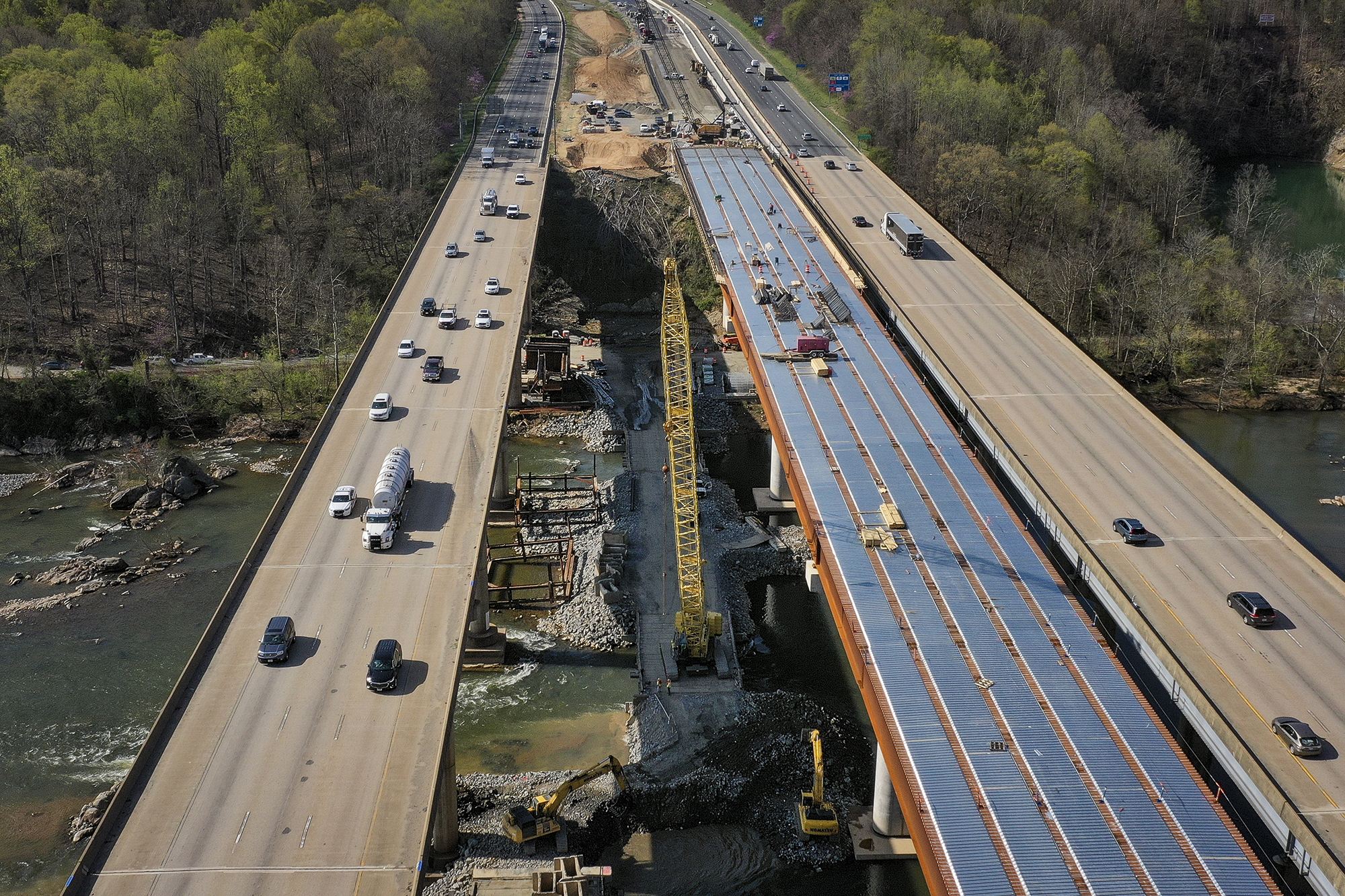 A sweeping $1.2 trillion bipartisan infrastructure package aimed at addressing the maintenance of roads, bridges and broadband easily coasted to passage on Tuesday morning after days of debate.

Leadership from both parties lauded the group of negotiators for their work on the bill, despite some members of GOP ultimately voting against the measure

“This isn’t exactly the bill I would have written on my own, in my office, and 99 of my colleagues would say the same. This is a compromise product crafted by colleagues with big, principled differences in a Senate with the narrowest possible split,” Senate Minority Leader Mitch McConnell (R-Ky.) said on the floor on Saturday.

“But in my view, what our early statesmen called ‘internal improvement’ is a core government responsibility. The American people need roads, bridges, ports, and airports to build their businesses, build their families, and build their lives. Republicans and Democrats have radically different visions these days, but both those visions include physical infrastructure that works for our citizens.”

Its passage comes after months of negotiations, with lawmakers overcoming a series of hurdles as they looked to iron out details on a bill both parties could support.

While a sizable number of Republicans backed the measure, a handful of conservatives rebuked the bill, raising concerns about spending levels and its impact on the deficit.

Sinema and Portman dismissed allegations that the bipartisan measure would have a negative impact on the economy,

“This investment is being made without new tax hikes on everyday families. Independent studies have shown that the long-term spending for capital assets in this measure will improve economic efficiency and productivity, increase GDP, generate additional revenue, and will not increase inflation,” they said in a statement ahead of the vote.

The measure also received pushback from former President Donald Trump, who took aim at McConnell in multiple statements in the days ahead of the vote.

“Nobody will ever understand why Mitch McConnell allowed this non-infrastructure bill to be passed. He has given up all of his leverage for the big whopper of a bill that will follow,” he said in a statement on Tuesday.

“I have quietly said for years that Mitch McConnell is the most overrated man in politics—now I don’t have to be quiet anymore. He is working so hard to give Biden a victory, now they’ll go for the big one, including the biggest tax increases in the history of our Country.”

While the bipartisan bill easily passed the Senate, it still faces a series of challenges in being sent to President Biden’s desk.

GOP lawmakers are raising alarm over Democrats’ plans to move forward with a sweeping $3.5 trillion additional plan to address “human infrastructure,” which is expected to include provisions related to immigration reform, climate change and the expansion of social programs using the reconciliation process to allow them to sidestep the 50-vote threshold in the upper chamber.

Speaker Nancy Pelosi (D-Calif.) said the House would not take up the bipartisan bill without the passage of the budget that sets the guidelines for them to move on the $3.5 trillion bill.

A handful of progressives in the House have threatened to withhold their votes on the bipartisan bill unless they are assured certain provisions, including a pathway to citizenship, are included in the larger package.

And moderate Democrats have called on Pelosi, who holds a three vote majority, to bring up the bipartisan measure as soon as it is sent to the chamber, raising concerns about spending levels and calling for more specifics on the plan.

“These specifics are crucial, particularly given the combined threat of rising inflation, national debt, and the trillions recently, and appropriately, allocated to the COVID-19 emergency. We also must have the financial resources to respond to any new waves of the pandemic,” six centrist Democrats wrote to Pelosi in a letter last week.

“New permanent welfare with no work requirements when small businesses are already struggling to find workers. Sweeping amnesty when the southern border is already in a crisis. Green New Deal regulations when Americans’ gas prices have already shot up, crushing tax hikes for family businesses and farms as they fight to recover from the recession.”

Senate Majority Leader Chuck Schumer (D-N.Y.) announced on Monday evening the chamber would take up the budget resolution shortly after the Senate passed the bipartisan bill, which would be followed by a vote-a-rama allowing Senators to put forth a series of amendments.

Steven Nelson and Samuel Chamberlain contributed to this report