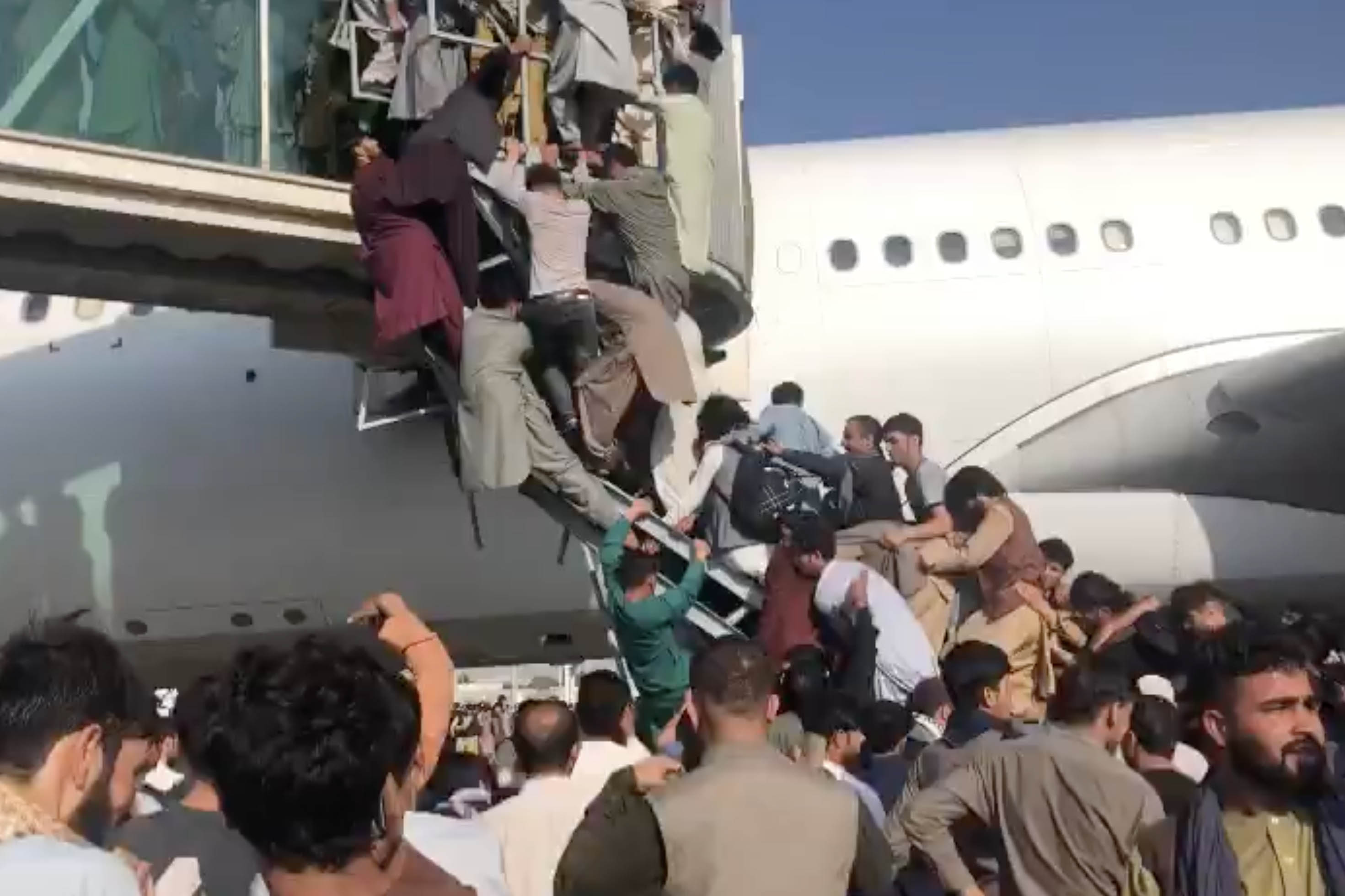 Gunfire could be heard at Kabul International Airport on Monday morning as Afghan citizens flooded the tarmac, some clinging to the jet bridge of a plane, as they desperately tried to flee the country.

The chaos at the airport took place on the first day of Taliban rule in the country and just days after the US withdrawal of troops from Afghanistan after nearly 20 years of a relentless and costly conflict.

The State Department said that all embassy staffers were safe and the US military had control of the airport.

“We can confirm that the safe evacuation of all Embassy personnel is now complete. All Embassy personnel are located on the premises of Hamid Karzai International Airport, whose perimeter is secured by the US Military,” State Department spokesperson Ned Price said in a statement.

Afghan citizens, however, faced danger and uncertainty as the government imploded and the Taliban quickly seized power.

Video taken from the airport showed men climbing atop a staircase and trying to access the crowded jet bridge of an airplane.

“This is, perhaps, one of the saddest images I’ve seen from #Afghanistan,” wrote BBC journalist Nicola Careem. “A people who are desperate and abandoned. No aid agencies, no UN, no government. Nothing.”

Another piece of footage depicted a frantic crowd running from the sound of gunfire that erupted in the background.

“Another day begins in Kabul, a sea of people rushing into the Kabul airport terminal,” wrote Jawad Sukhanyar.

The State Department has already begun accepting refugees through a Special Immigrant Visa and expected to accept thousands more in the coming days.

But thousands at the Kabul Airport on Monday morning were stranded as they eagerly waited for help.

Afghanistan was thrown into turmoil Sunday as Taliban forces seized the capital following the withdrawal of US troops for the first time since 2001.

Former Afghan president Ashraf Ghani fled the country earlier in the day, opening the door for Taliban troops to take over the presidential palace and government offices.