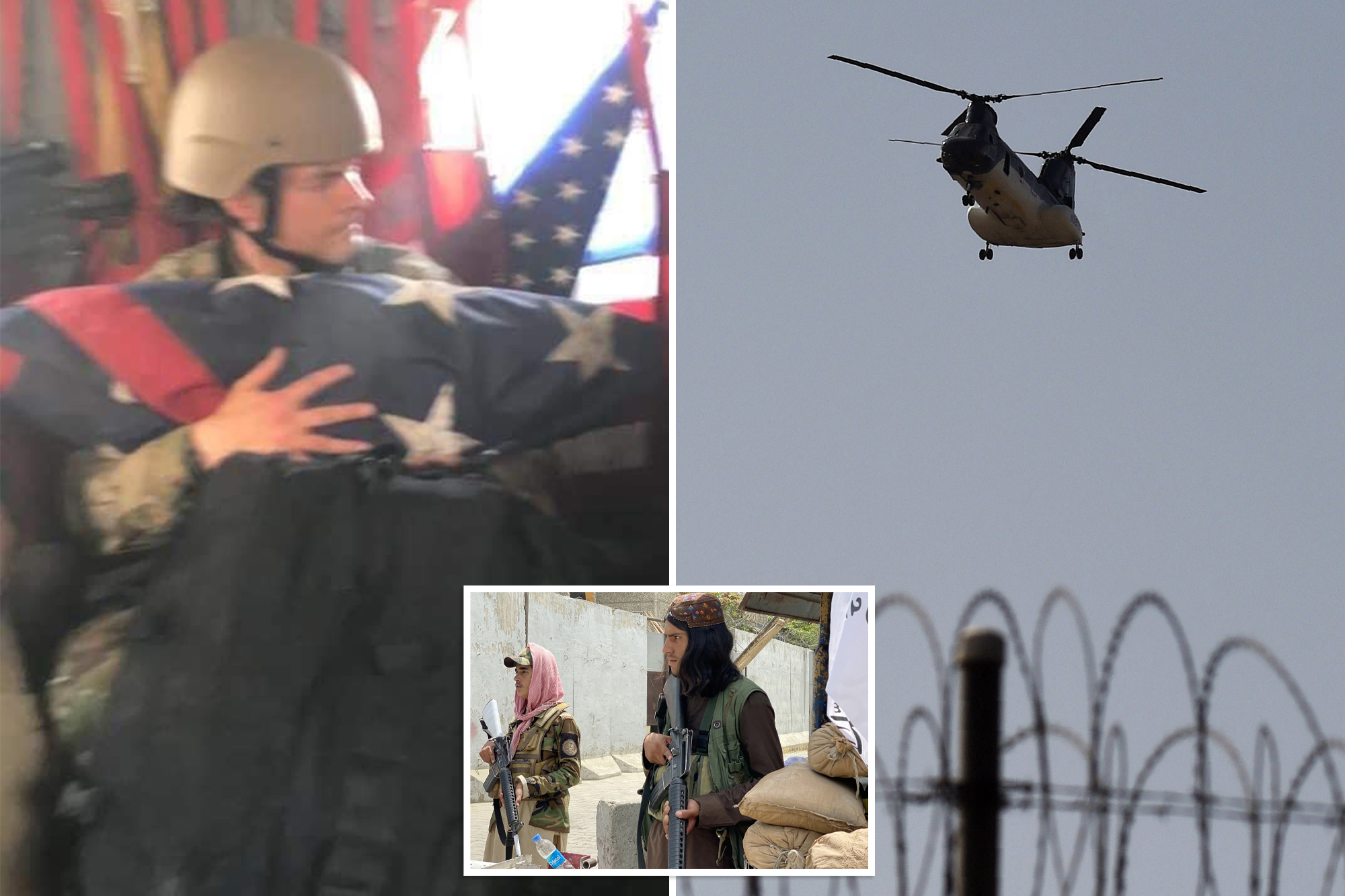 An American soldier desperately clutched a US flag as he boarded a plane out of Afghanistan on Sunday amid the chaotic and deadly evacuation after the Taliban regained control of the country.

The sobering image, first obtained by Fox News, has emerged showing a soldier cradling the Stars and Stripes at Kabul’s international airport after it was hurriedly taken down from the US Embassy.

The airport quickly descended into chaos Monday after thousands of Afghans trapped by the sudden Taliban takeover rushed the tarmac — even clinging to US military planes deployed to fly out staffers of the embassy and others.

At least seven people died in the chaos, including two who clung to the wheels of a C-17 transport plane and plunged to the tarmac moments later as it flew away.

It wasn’t immediately clear if the soldier carrying the flag was on one of those flights that Afghans desperately tried to fight their way onto.

The flag was taken down as the embassy was evacuated and shut down late Sunday when the Taliban started arriving in the city.

In scenes reminiscent of the Saigon evacuation in 1975, some American diplomats were flown by helicopter from the embassy to Kabul’s airport.

It comes as a defiant President Biden rejected blame for chaotic scenes of Afghans clinging to the military planes.

He called the anguish of trapped Afghan civilians “gut-wrenching” and conceded that the Taliban had achieved a much faster takeover of the country than his administration had expected.

But he expressed no second thoughts about his decision to stick by the US commitment, formulated during the Trump administration, to withdraw from Afghanistan and end America’s longest war.

Despite declaring that “the buck stops with me,” Biden placed almost all blame for the shockingly rapid Taliban conquest on the Afghans themselves.