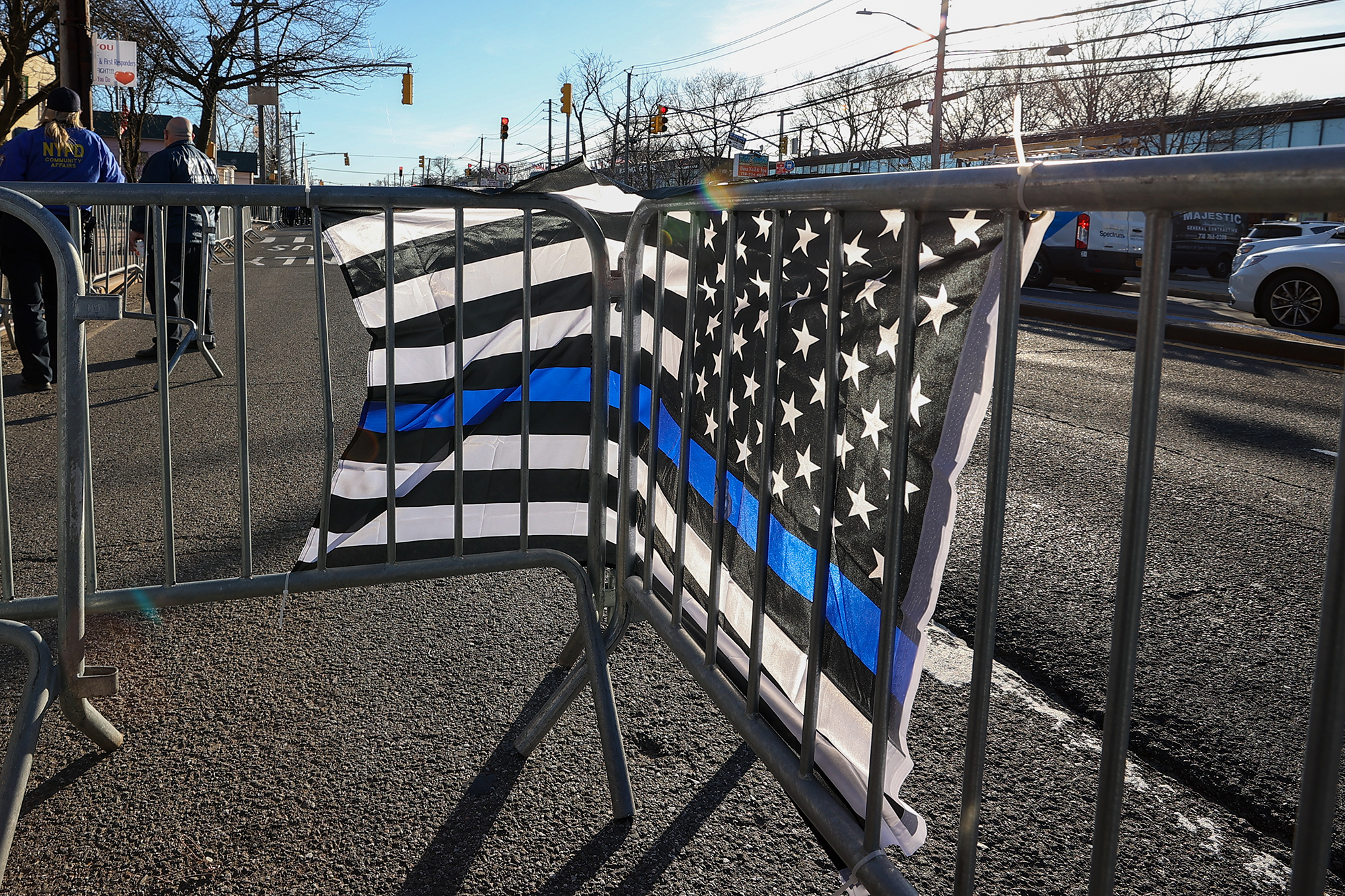 A college student is facing a hate crime charge in Utah for allegedly destroying a “Back the Blue” pro-police sign after her friend got a speeding ticket, court documents show.

Lauren Gibson, 19, is accused of crumpling up the sign in a “destructive manner” and tossing it into a trash can on July 7, a Garfield County sheriff’s deputy wrote in an affidavit obtained by the Washington Post.

Deputy Cree Carter said Gibson did so while “smirking” at him in an “intimidating manner,” leading to the charge that’s prompted criticism from the American Civil Liberties Union in Utah.

“Due to the demeanor displayed by Gibson in attempts to intimate law enforcement while destroying a ‘Pro Law Enforcement’ sign the allegations are being treated as a ‘Hate Crime’ enhanced allegation,” Carter wrote in the affidavit, citing the state’s law passed in 2019.

Gibson, who attends college in California, was arrested for disorderly conduct and criminal mischief with a hate-crime enhancement. She told the Daily Beast she’s not “anti-police,” but was angered by the deputy she claimed was aggressive during the stop near a gas station in Panguitch, Utah.

“I just wanted to, I don’t know, make her feel better or something or stand up for her,” Gibson told the outlet Monday.

Gibson said she spent one night in jail and had not yet entered a plea. She now faces up to one year in prison, but said she hopes to get the matter resolved with prosecutors.

“I don’t feel like I did anything wrong,” Gibson continued. “If it was a dentist’s sign or something and I just crushed a dentist sign or something in front of them, like, nothing would have happened. It’s the same thing. It’s just an occupation.”

Gibson said she picked up the sign that her friends previously found on the side of the road and stashed it in one of their cars. Carter suspected the sign was stolen from the gas station, but found out that wasn’t the case, according to report.

Gibson said she waved the sign at the deputy after he wrote her friend a speeding ticket and then stepped on it before putting it in the trash.

Sheriff officials and the Garfield County Attorney’s Office did not respond to questions seeking comment about the case Wednesday, NBC News reported. Gibson’s bail was set at $600 on July 8, according to the report.

ACLU officials in Utah, meanwhile, said they were “extremely troubled and disappointed” by the hate crime charge Gibson faces.

“This kind of charging decision sends an extremely chilling message to the community that the government will seek harsher punishment for people charged with crimes who disagree with police actions,” the nonprofit said in a statement Monday.