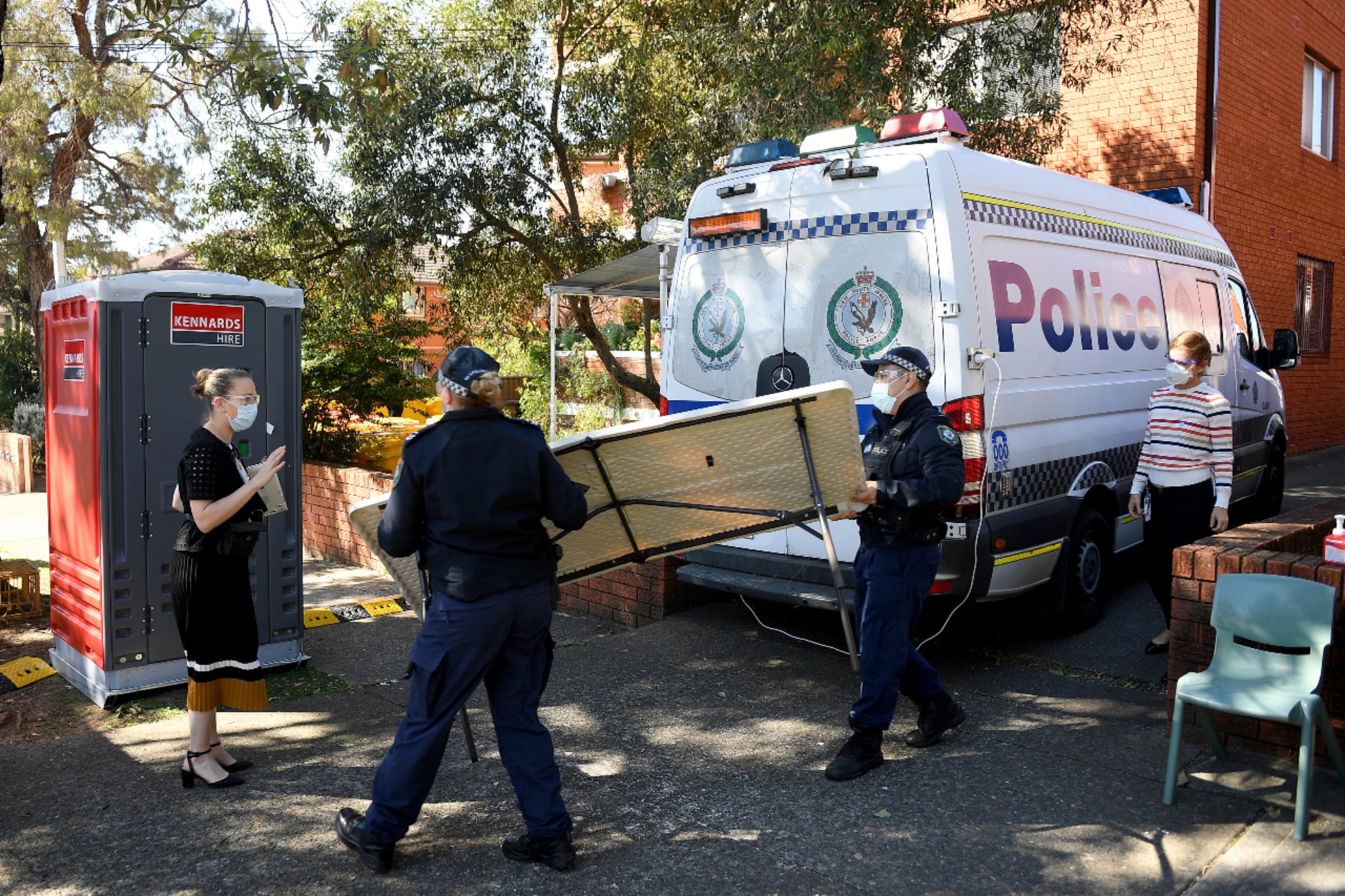 SYDNEY — A lockdown in Australia’s largest city was extended through September and tougher measures to curb the coronavirus’s delta variant were imposed Friday, including a curfew and a mask mandate outdoors.

Sydney has been locked down since late June after the more contagious delta variant was detected in a limousine driver who became infected while transporting a US cargo aircrew from Sydney Airport.

Since then, 65 people have died from COVID-19 in New South Wales, included four overnight.

The Sydney lockdown was to end on Aug. 28, but the state government announced it will continue until Sept. 30.

The entire state has been in lockdown since last week because the virus had spread from the city.

A curfew will apply from 9 pm to 5 pm from Monday in the worst-affected Sydney suburbs. Wearing masks will be compulsory across the state outside homes. Previously, masks weren’t compulsory in all circumstances outdoors.