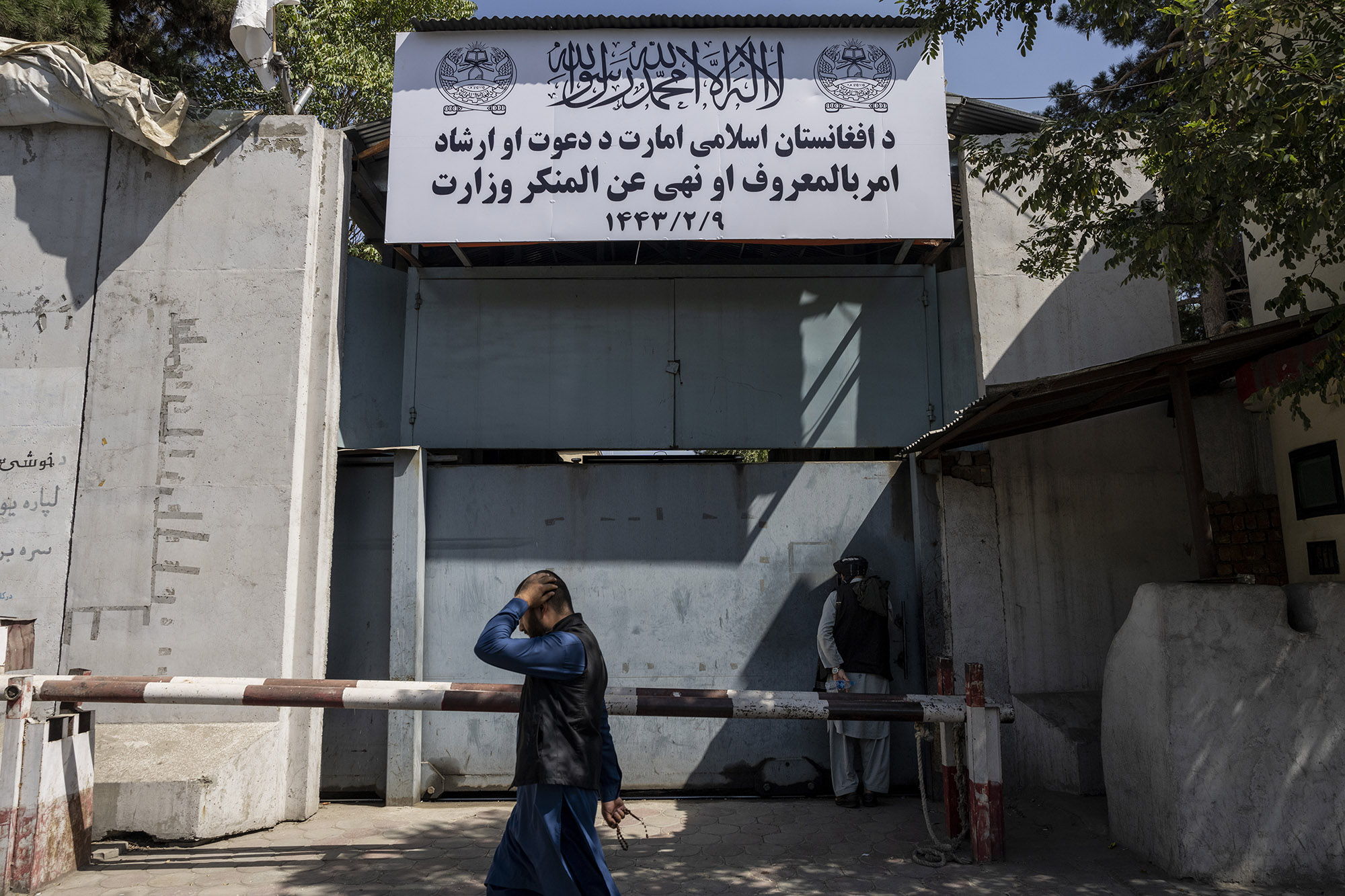 Taliban forces also escorted World Bank staffers who worked at the ministry out of the building on Saturday.

In place of women’s affairs, the building will reflect new government priorities. A sign outside the building now labels it the “Ministry for Preaching and Guidance and the Propagation of Virtue and the Prevention of Vice.”

The change also marks the end of the the World Bank’s Women’s Economic Empowerment and Rural Development Program, which had been run out of the building with a $100 million budget.

The Taliban have promised a kinder, gentler era than when they last ruled the country in the 1990s. Unlike their previous time in power, they have promised to allow women to attend school and have a greater role in public life. Their move against the women’s ministry, however, raises questions about their sincerity.