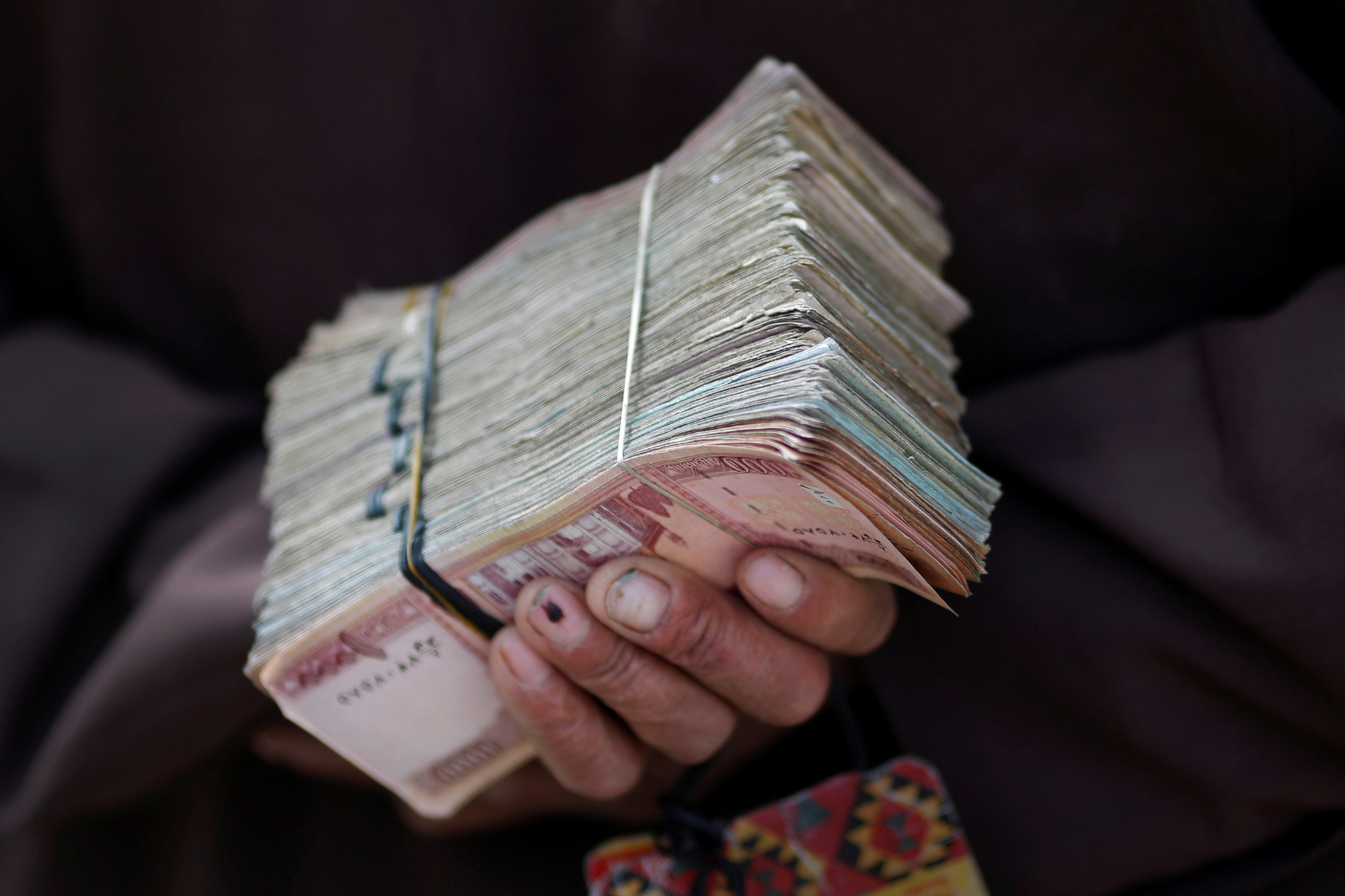 Afghanistan’s banks will no longer be able to offer remittance payments in anything but the local currency in an effort to protect the country’s dwindling reserves of US dollars.

In recent days Western Union received a directive from the country’s Central Bank to only process remittances in local Afghanis — now trading at 86 to the dollar, Reuters reported.

The financial services company MoneyGram International additionally said they could only continue processing remittance in Afghanis.

Haji Mohammad Idris, the acting governor of Afghanistan’s central bank, is a close Taliban ally and has no formal financial experience.

Long kept afloat with billions of dollars in investment aid from the United States and elsewhere, the country’s store of US dollars has shrunk dramatically with the Taliban takeover last month.

“It’s a matter of concern that the remaining physical cash of U.S. dollars is going to reduce further,” one Afghani banker fretted to Reuters. “With the restrictions we are predicting the dollar will reach more than 100 afghanis to the dollar.”

Since reopening under Taliban rule banks have operated under strict restriction to avoid insolvency. Customers are limited to $200 a week in withdrawals, with corporate clients only allowed to remove 20% of their weekly operating expenses.

Afghanistan is one of the most impoverished countries on Earth with more than a third of residents subsisting on less than two dollars a day.