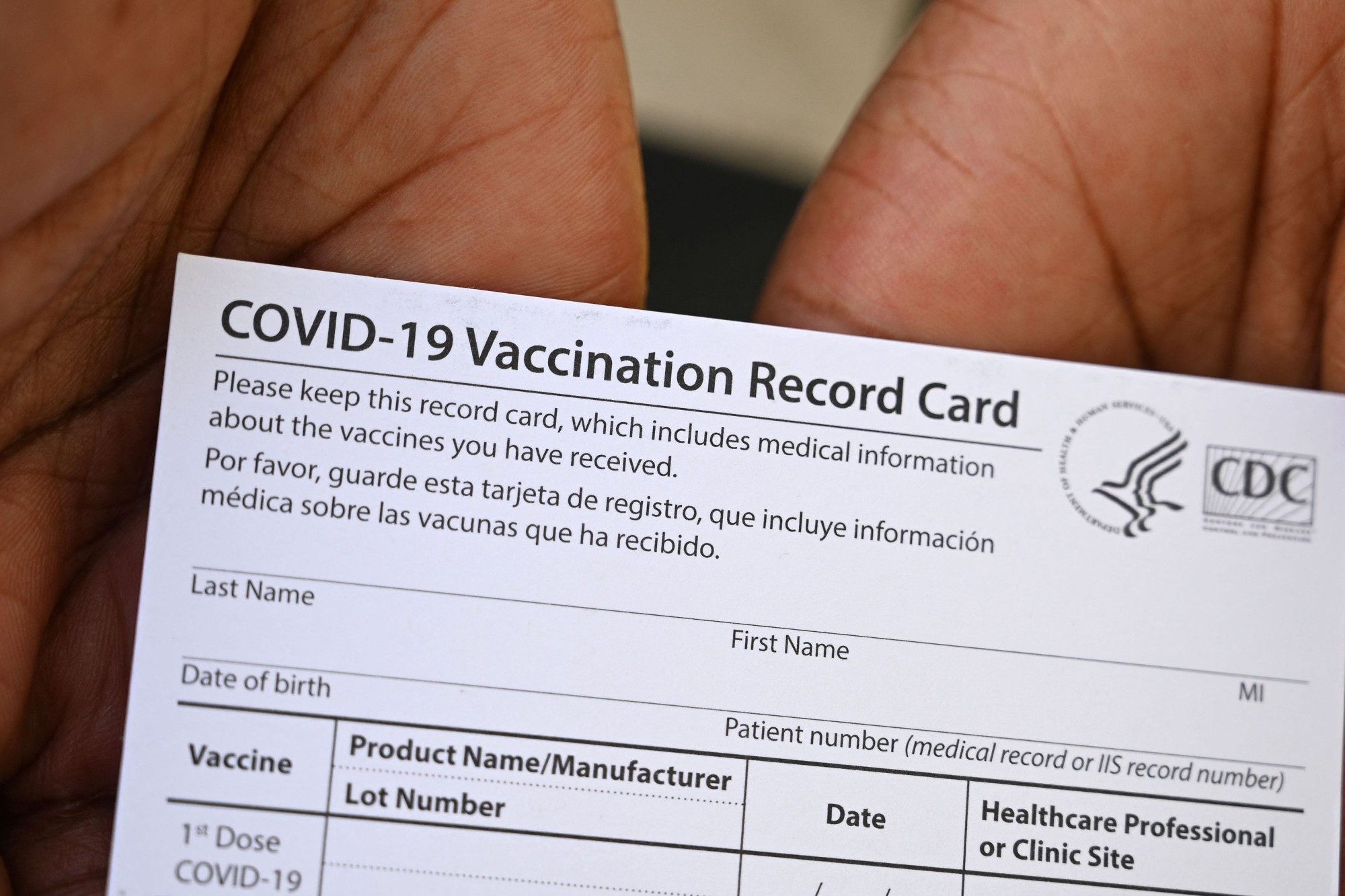 Thousands of counterfeit COVID-19 vaccination cards from China have been seized by Customs and Border Patrol officers in Tennessee in the last year, the agency said.

Officers at the Port of Memphis have intercepted at least 121 shipments totaling 3,017 of the “low quality” cards being sent from Shenzhen, the CBP said in a statement Friday.

The bogus documents come with a CDC logo in the upper-right corner, blank spaces for names, dates and place of vaccination, birth dates and the vaccination provider, according to the agency.

Officers can tell the cards were fake because of typos and unfinished words, the CBP said, adding that “some of the Spanish verbiage on the back was misspelled.”

“The recipients of this ubiquitous contraband are unfortunately all over the United States,” the statement said.

Officers once caught at least 15 shipments of the sham documents in one night.

The packages are usually labeled “Paper Greeting Cards/ Use-For Greeting Card” or “PAPER PAPER CARD” and the cards typically come in packs of 20, 51 or 100.

“There are never any attempts to conceal them in anything,” the statement said.

Buying, selling or using a counterfeit COVID-19 vaccination card is a crime, the agency warned, and could be punishable by a fine or up to five years in prison.

“These vaccinations are free and available everywhere,” noted Michael Neipert, Area Port Director of Memphis, in a statement.

“If you do not wish to receive a vaccine, that is your decision. But don’t order a counterfeit, waste my officer’s time, break the law, and misrepresent yourself.”

Neipert said that officers at the Port of Memphis “remain committed to stopping counterfeit smuggling and helping to protect our communities.”

“But just know that when you order a fake vax card, you are using my officers time as they also seize fentanyl and methamphetamines.”