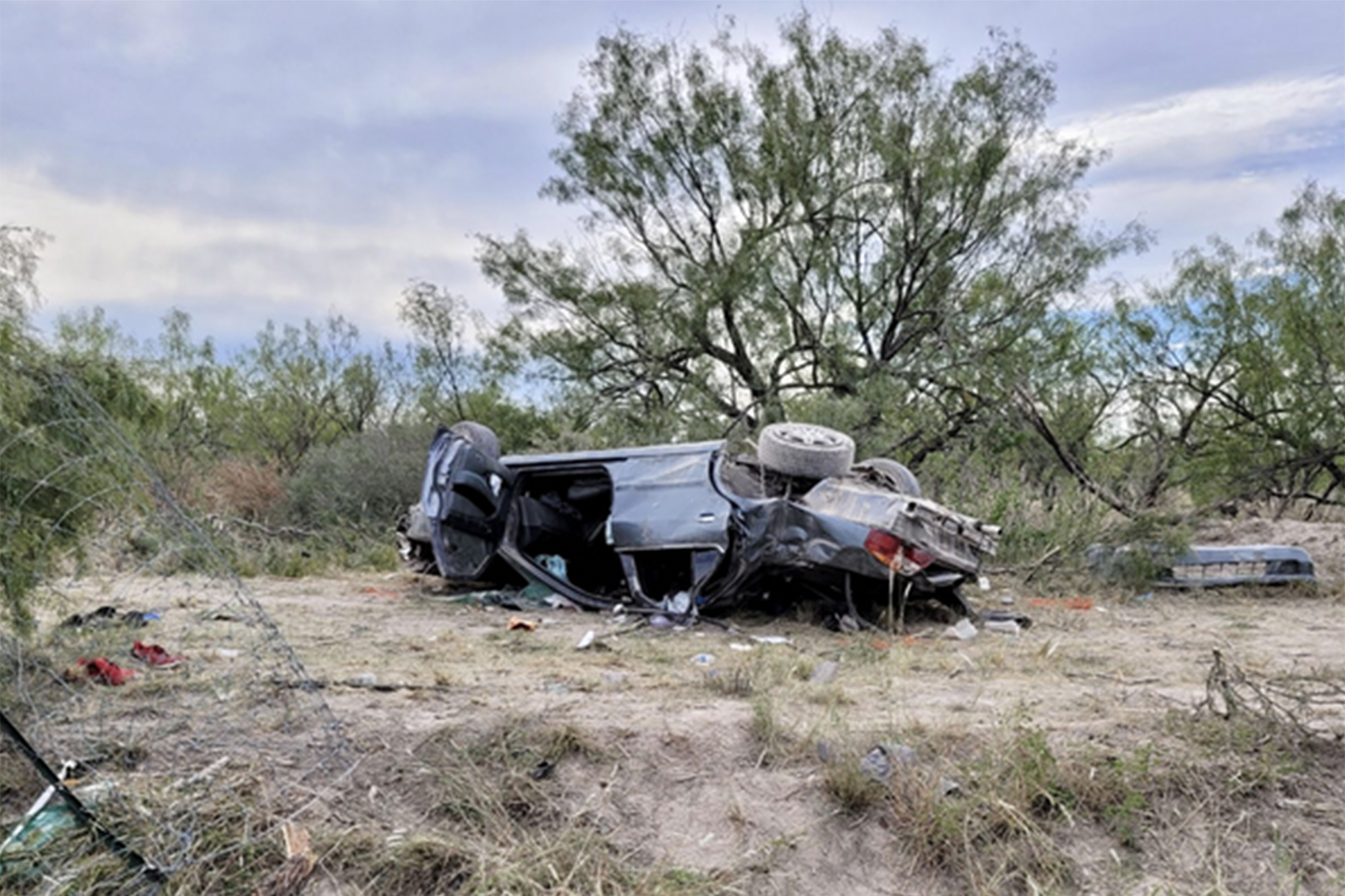 Three people were killed and three others were injured when a car crashed near the border in Texas during a human smuggling operation on Sunday, Texas Department of Public Safety Christopher Olivarez told Fox News Digital.

The driver of the vehicle swerved off a roadway to avoid an animal while traveling at a high rate of speed around 12:30 p.m.

A picture released by Texas DPS shows the crumpled gray Acura upside down after rolling multiple times and coming to a stop.

Two passengers and the driver were pronounced dead at the scene, while three others were transported to a local hospital for treatment.

The crash occurred south of Brackettville in Kinney County. Identities of the deceased will be released once authorities notify their next of kin.

More than two million migrants have been encountered at the southern border this fiscal year, a record high. An additional 599,000 “gotaways,” or migrants who escaped apprehension, have also been counted this year.

Migrants are routinely put in perilous situations by the human smugglers trafficking them, leading to a record 782 deaths at the border this fiscal year.

The Webb County Medical Examiner’s Office told Fox News last month that they have been overwhelmed by the number of migrant deaths in recent months.

On Wednesday, two people were killed in a three-vehicle crash in downtown Uvalde, which is about 60 miles away from the border. Texas DPS confirmed that the crashed involved a teenage girl who was “involved in human smuggling as she was smuggling nine illegal immigrants from Mexico.”

About 110 miles east of Brackettville, 53 migrants died in the back of a sweltering tractor trailer in San Antonio in June.