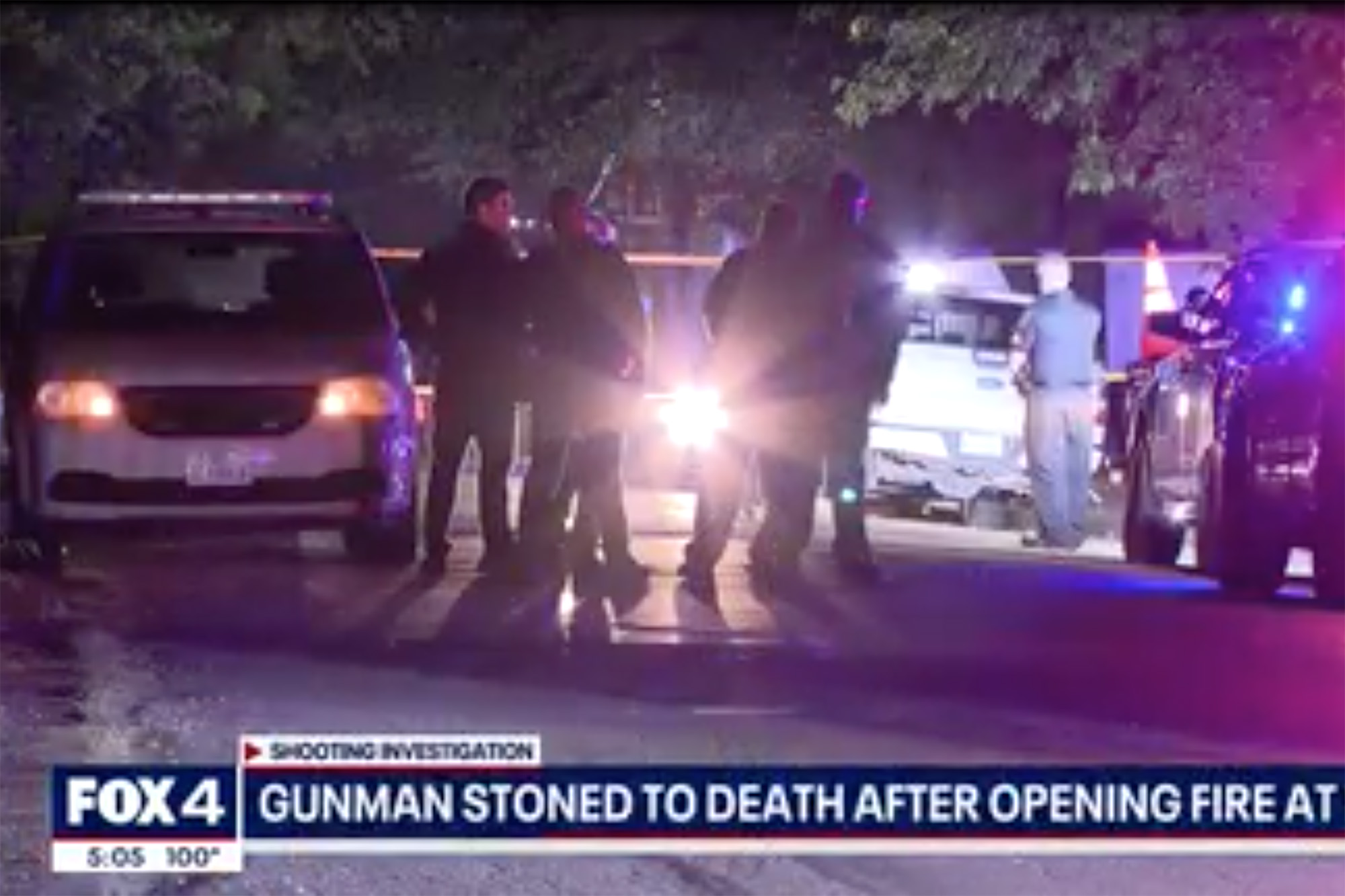 A gunman killed one person and injured three others at a Texas house party — before he was stoned to death in the street by partygoers, according to cops.

The unidentified attacker first shot at least one person during a fight “with multiple people” at a backyard party in Fort Worth in the early hours Monday, police said in a statement.

“The other attendees of the party then gave chase to the shooter,” Fort Worth police said, with the gunman turning to fire as he fled.

“A group picked up concrete landscaping bricks and started ‘throwing them’ at the shooter,” police said.

The group eventually caught up to the gunman, who was either “taken to the ground” or “fell,” cops said, adding that he “continued to fire at the group.”

But the shooter was then “struck multiple times with at least one landscaping brick” and was pronounced dead at the scene, authorities said.

“At least one of those he hit in the chase was then declared dead at the scene,” police added.

The other two who were hit — the original victim at the party as well as the one during the chase — were taken to a local hospital with non-life-threatening injuries.

None involved were identified, and police did not reveal the suspected motive or relationship between those involved. There have been no arrests.

Dee Edwards told the Fort Worth Star-Telegram how she called police after hearing people fighting outside her home in the city’s Como neighborhood.

“I peeked out and looked, I saw two bodies in my driveway,” she told the paper.