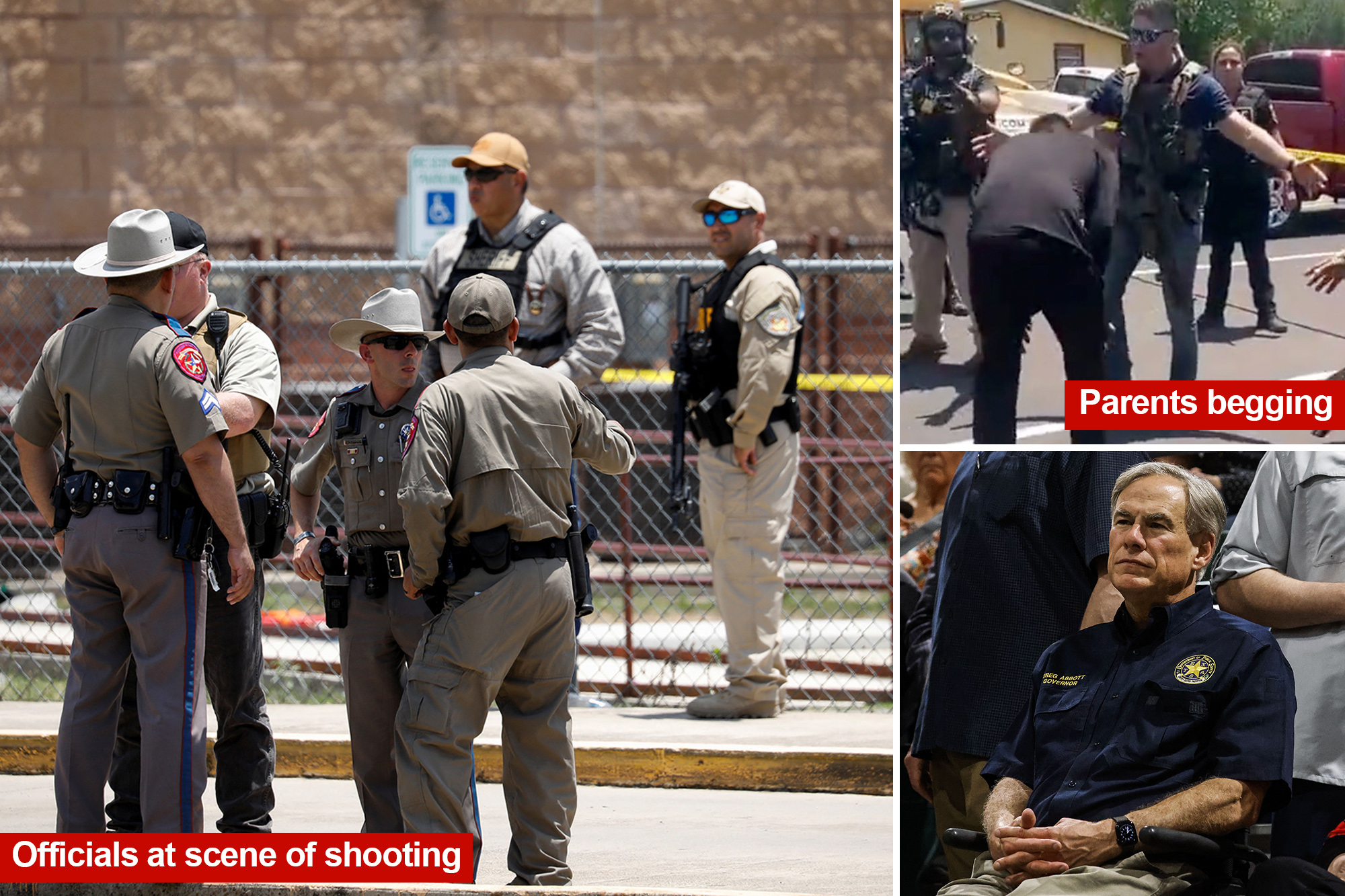 The Uvalde, Texas school shooter was able to march into the school unobstructed through a door that had been propped open by a teacher before he fired more than 100 rounds in the attack, officials said Friday.

The teacher propped the door at 11:27 a.m. a minute before 18-year-old gunman Salvador Ramos crashed his car into a ditch near the Robb Elementary School Tuesday.

Authorities are scrambling to explain why it took an hour to take out Ramos, whose rampage at Robb Elementary School Tuesday left 19 children and two teachers dead.

Officials now say that the on-scene commander believed the situation had gone from an active shooter situation to a barricaded suspect situation, Col. Steven McCraw, director Texas Department of Public Safety said in a briefing Friday.

McCraw said with the benefit of hindsight, it was clear there were still students inside and in danger.

“Of course it was not the right decision, it was the wrong decision period,” McCraw said.

Reports that Ramos had posted on Facebook that he planned to shoot his grandmother and shoot the school before the massacre were false — though he did say that in private one-on-one messages to a user, McCraw said.

“That did not happen. It actually happened on a message.” McCraw said.

New details emerged at the news conference, including that Ramos had asked his sister to help him buy a gun in September 2021, but she flat out refused.

He then engaged in an Instagram group chat Feb. 28, 2022 about him being a school shooter. On March 1, he discussed buying a gun. On March 3, another four-person chat he was asked if he bought a gun.

“Just bought something rn,” Ramos said, according to McCraw.

On March 14, he made the chilling message “10 more days.” A user replied “are you gonna shoot up the school or something?”

“No, stop asking dumb questions” and “you’ll see,” he replied, according to authorities.

Ramos crashed a car in a ditch near the school and wandered the grounds, firing off shots for more than 10 minutes before he walked into the school “unobstructed” and through an unlocked door. The first officers arrived four minutes later, but retreated under fire from Ramos.

It took cops about an hour to shoot and kill Ramos, who barricaded himself inside a classroom — and officials have struggled to account for that gap in time.

Emergency response experts have said a quicker response may have limited the slaughter, or could’ve meant getting the injured life-saving treatment before it was too late.

Distressing videos have emerged showing desperate parents outside the school begging with officers to storm the building while the madman remains inside with kids. Some parents were ready to take action themselves, and officers are seen in the clips holding one parent down and shoving another.

“We’re parents! Take him the f—k out!” one mother begs an officer in a video obtained by the Washington Post.

“You know that they are kids right?” one angry man yelled at cops, who appear to be standing their ground.

Ramos shot his grandmother and stole her pickup truck before crashing it at about 11:28 a.m. Tuesday, officials said. He popped out of the passenger side with a long gun and a bag of ammo before he shot at two bystanders at a nearby funeral home.

The first 911 call at the scene came in at 11:30 a.m. and cops didn’t arrive for more than 10 minutes. In the meantime, Ramos hopped a fence into the school parking lot, shot at the school building and then strolled inside.

Authorities changed their initial story that a school resource officer had “engaged” Ramos before he got into the building.

“It was reported a school district police officer confronted the suspect as he was making entry,” Victor Escalon, South Texas director of the Department of Public Safety, said at a news conference on Thursday.

“That is not accurate. He walked in unobstructed initially. So from the grandmother’s hours, to the bar ditch, to the school, into the school, he was not confronted by anybody.”

Most of the gunfire came shortly after Ramos got into the building, authorities said.

Reports said officers had to wait for a school staff employee to unlock the door where Ramos had been barricaded. A reporter asked Escalon to “clear all this up now” and explain why no was able to get in the room but he was only able to say “we will circle back with you.”

He called it “a tough question” when a reporter asked if law enforcement should have stormed the building before the tactical unit arrived.

“Our job is to report the facts and later we can answer those questions. I don’t have enough information to answer that question just yet,” he said.

Escalon told reporters that “there are a lot of possibilities” why police didn’t rush in sooner or if another group could have gotten to the gunman before the tactical unit arrived. One expert interviewed by The Post called the delay “a very serious error.”

“In my mind, there should have been an immediate response with the first force response,” said Maria Haberfeld, a police science professor at the John Jay College of Criminal Justice in Manhattan. “Every second, every minute that you wait, you are going to have another casualty.”

As active shooter alerts went out, parents came to the school in a panic about the safety of their loved ones, videos show. But officers are seen blocking them, and yelling for some to “take cover.”

“You’re scared of getting shot?” one mother is heard yelling at a cop. “I’ll go in without a vest — I will!”

Another agitated parent shouts, “Are your kids in there? No!”

At least one parent was reportedly allowed to go in — an off-duty border agent who rushed into the school and headed straight to a wing where he knew his daughter attended second grade. Jacob Albarado told the New York Times he helped evacuate his daughter and others when he headed to the school where his wife is also a teacher.