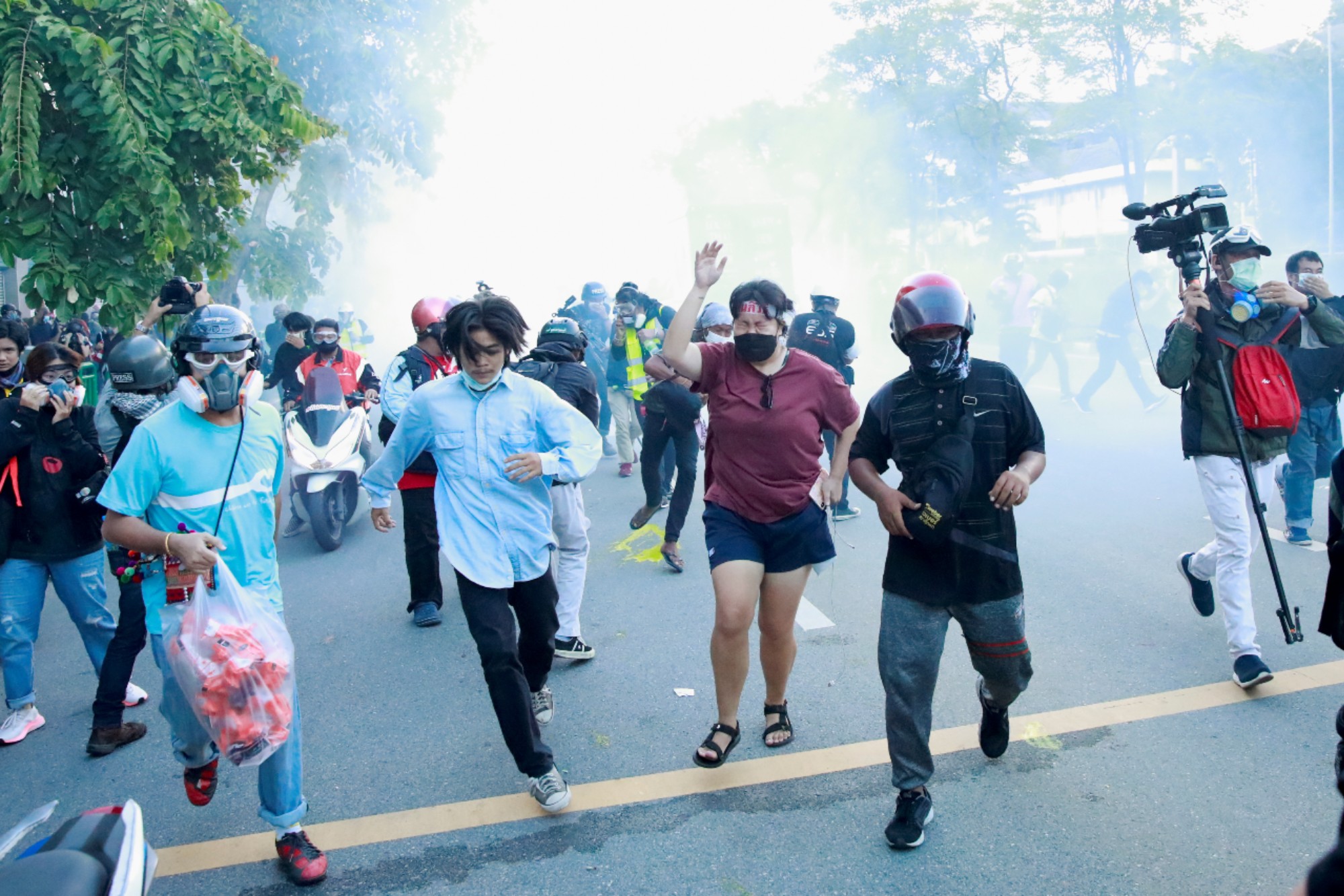 BANGKOK, Aug 17 – Police in Thailand used water cannon to break up a demonstration at the national police headquarters on Tuesday, a day after clashes during which a young protester was left in a coma with a bullet lodged in his head.

Protesters gathered in central Bangkok for a third successive day to demand Prime Minister Prayuth Chan-ocha resign amid rising anger over his handling of the country’s COVID-19 epidemic, which saw a record 239 deaths on Tuesday.

“We are out here protesting but in return we get tear gas and rubber bullets and a violent crackdown”, activist Songpon “Yajai” Sonthirak said at the protest, which saw clashes for the seventh time in the past 11 days.

“We stressed that we are out here peacefully to express our disapproval of the government’s performance.”

Demonstrations have gained momentum in recent weeks as groups who sought Prayuth’s removal last year return with broader support from people angered by a worsening coronavirus situation. Thailand is on course to pass 1 million cases this week.

“After repeated warning we needed to enforce the law by using high water pressure that follows international standards,” he told reporters.

A man who attended Monday’s protest was comatose after a gunshot wound to his neck, a hospital said, with its X-ray showing a bullet lodged close to his brain. The victim’s mother told local media her son was 15.

Police said live ammunition was not used to disperse demonstrations.

At least six people were injured in clashes on Monday near Prayuth’s residence, Bangkok’s emergency service said. A medic working with protesters said a minor was also struck by a bullet.