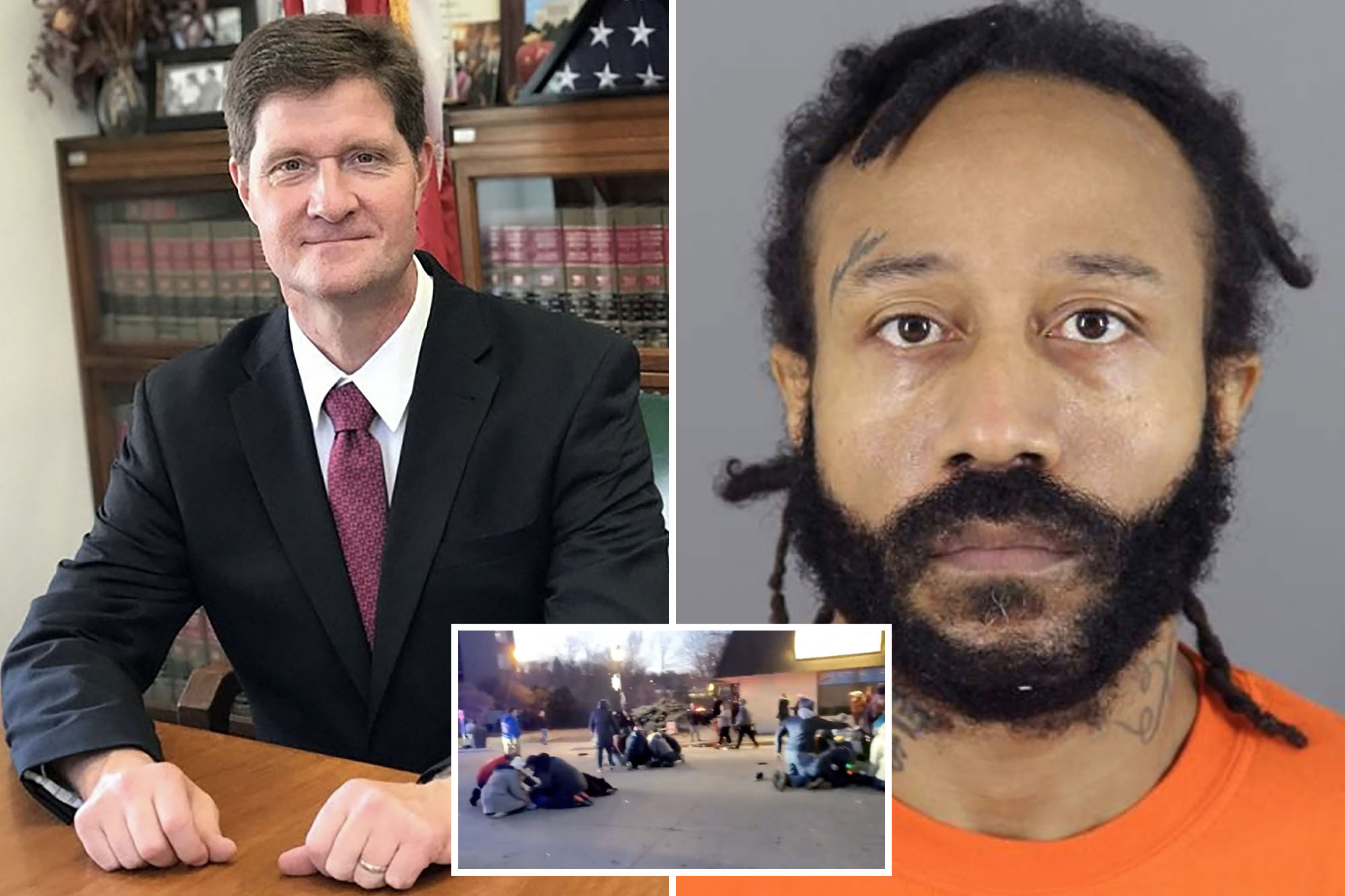 The district attorney facing criticism after the alleged Waukesha Christmas parade crash killer was freed on bond two days before the carnage describes himself as a “bold reformer” and has taken credit for inspiring a wave of “progressive prosecutors” across the US.

Milwaukee County District Attorney John Chisholm, who was elected to the position in 2007, has spent his career supporting cash-bail system reform because he argues it criminalizes poverty.

Chisholm has long pushed to divert nonviolent offenders away from the prison system with alternate programs, and has spoken previously about reducing the number of incarcerations in Milwaukee County.

Chisholm also describes himself on his website as a “bold reformer with a track record of keeping our community safe.”

But the DA has acknowledged in the past that his approach could enable murderers to be put back on the streets of Milwaukee.

“Is there going to be an individual I divert, or I put into treatment program, who’s going to go out and kill somebody?” Chisholm said in a 2007 interview with the Milwaukee Journal Sentinel.

“You bet. Guaranteed. It’s guaranteed to happen. It does not invalidate the overall approach.”

Chisholm has come under fire after admitting on Monday that Darrell Brooks, the man charged with mowing down five people in Waukesha, had been released on an “inappropriately low” bond following an arrest earlier this month.

He vowed to investigate how Brooks was given the $1,000 cash bond despite allegedly running the mother of his child “over with his vehicle” in a Milwaukee gas station parking lot on Nov. 2.

“The state’s bail recommendation in this case was inappropriately low in light of the nature of the recent charges and the pending charges against Mr. Brooks,” Chisholm’s office said in a statement.

“This office is currently conducting an internal review of the decision to make the recent bail recommendation in this matter in order to determine the appropriate next steps.”

Julius Kim, a defense attorney and former assistant prosecutor, said the bail could easily have been set more than twice as high.

“He was accused of running over the mother of his kid, and to put it at $1,000 strikes me as low,” Kim said. “It could have been an inexperienced attorney who happened to be reviewing cases that day.”

Some conservatives were quick to jump on the case as an example of a broken legal system.

Republican Rebecca Kleefisch, a former Wisconsin lieutenant governor who is running for governor in 2022, called the killings “yet another avoidable tragedy that occurred because a violent career criminal was allowed to walk free and terrorize our community.”

GOP state Rep. Cindi Duchow said she was reintroducing a constitutional amendment that would change the bail process in Wisconsin to allow judges to consider a defendant’s danger to the community when setting bail.

Judges currently are only allowed to consider the possibility that defendants might not show up for a court appearance when setting bail.

“He tried to run over his girlfriend with his car — that’s attempted murder,” Duchow said. “If you’re a danger to society, you should have to work hard to get out.”

Legal experts, however, warned that one extreme case should not be reason to push for higher bail amounts that would keep poorer defendants behind bars longer while they await trial.