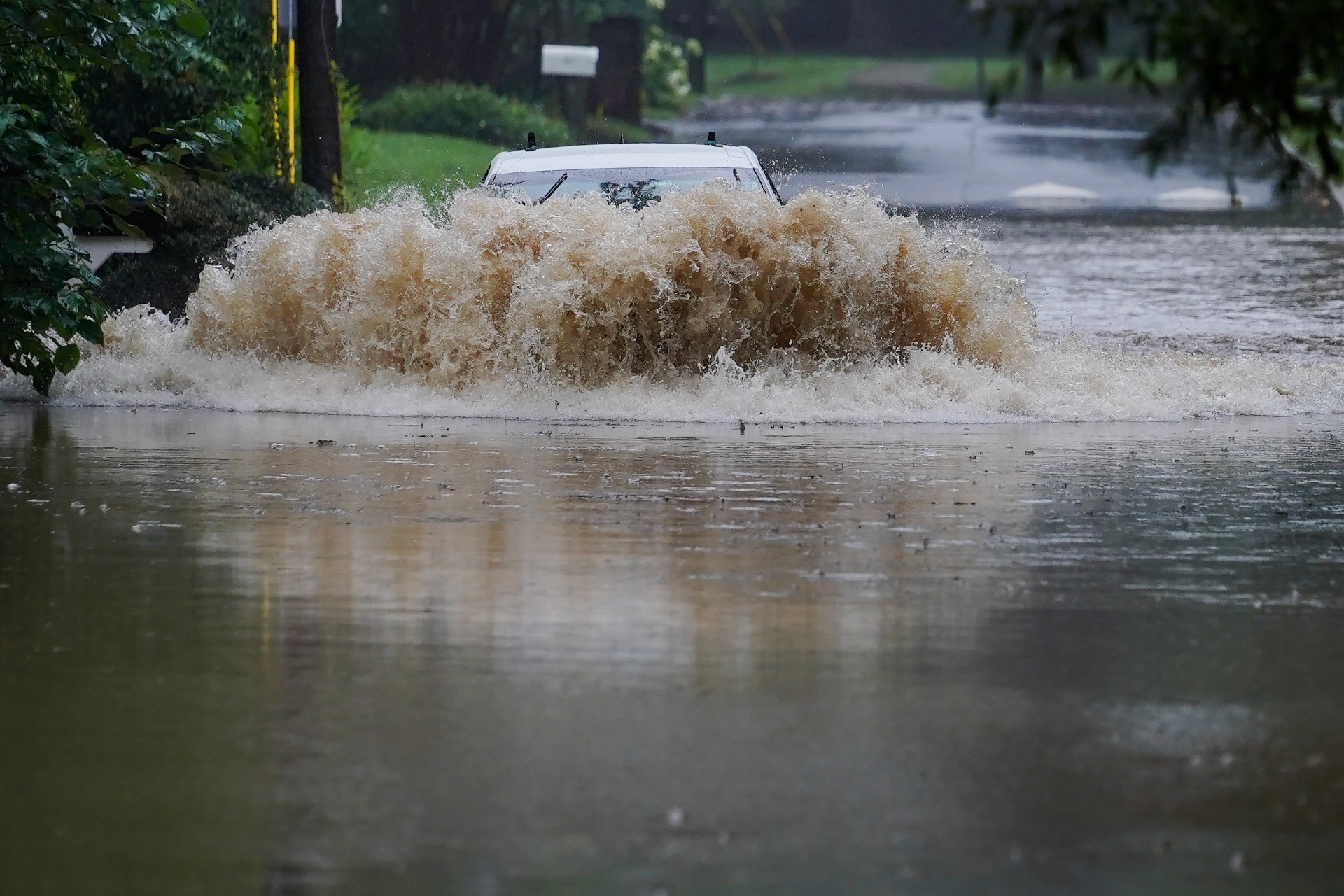 Tropical Depression Fred blew into the northeastern US on Wednesday, unleashing heavy rains and threatening to cause mudslides and flash floods in upstate New York after closing highways in the lower Appalachians. Dozens of people were rescued from flooded areas in North Carolina after downpours washed out bridges and swamped homes.

Unconfirmed tornados unleashed by the stormy weather already caused damage in places in Georgia and North Carolina on Tuesday as Fred moved north, well inland from the coastal areas that usually bear the brunt of tropical weather. One death was reported in Florida, where authorities said a driver hydroplaned and flipped into a ditch near Panama City.

About 37,000 customers were without power Wednesday in North Carolina and West Virginia, according to the utility tracker poweroutage.us. In North Carolina, where steady downpours swelled waterways and washed rocks and mud onto highways, multiple landslides temporarily closed several lanes on Interstate 40 and closed another highway Tuesday.

Fred’s remnants moved into Pennsylvania by midday on Wednesday and although the post-tropical cyclone no longer had much of a swirling center, it was still capable of spawning tornadoes and other dangerous weather. Rich Otto, a National Weather Service meteorologist, said rainfall is forecast to range from 2-4 inches (5-10 cms), with some spots of 6 inches (16 cms), across a swathe from Pennsylvania to New England through Friday.

“The bigger threat is probably just the chances of flooding and widespread flood watches that are in effect right now,” he said.

In North Carolina, dozens of water rescues were performed in the Asheville area and nearby towns. There were at least 70 water rescue efforts in Buncombe County, most involving multiple people, spokeswoman Lillian Govus said and 911 call records show 2,400 calls within 24 hours, more than twice the typical volume.

Authorities also found at least 10 cars abandoned in flooded roads where people apparently sought safety and had to leave their cars behind, said Taylor Jones, the county’s emergency services director. The town of Candler saw significant flooding, with impassible roads and two washed-out bridges preventing dozens of people from leaving their houses. No deaths or injuries were immediately reported.

To the west in the Canton area, a rescue team from the eastern part of the state performed water rescues of 15 adults, two children and several pets in the Canton area, New Hanover County Fire Rescue Chief Rudolph Shackelford said in a statement. Photos posted by the team showed rescue personnel in bright yellow vests staging rafts with outboard motors at the edge of yards that were submerged with muddy water up to the front doors of multiple homes. They also helped evacuate several apartment buildings threatened by floodwaters.

Canton Mayor Zeb Smathers said that the hours of inundation Tuesday “created a major disaster area” in his town.

“What really caught us by surprise was how quickly the water rose, the tremendous amount and intensity of it,” Smathers said by phone.

Meanwhile, Grace became a hurricane after unleashing torrential rain on earthquake-damaged Haiti. Grace’s sustained winds grew to 75 mph Wednesday as it moved away from the Cayman Islands and was expected to strengthen before hitting Mexico’s Yucatan peninsula Thursday morning. A hurricane warning was in effect for the Yucatan from Cancun to Punta Herrero, including Cozumel.

Tropical Storm Henri, meanwhile, moved toward the US coast and forecasters said it’s now expected to become a hurricane by the weekend, on a path that’s more likely to affect the northeastern US states. Henri was about 795 miles south-southeast of Nantucket, Mass., on Wednesday. Its top sustained winds were holding steady at 65 mph (100 kph), but the hurricane center warned that life-threatening ocean swells could affect East Coast beaches later this week.