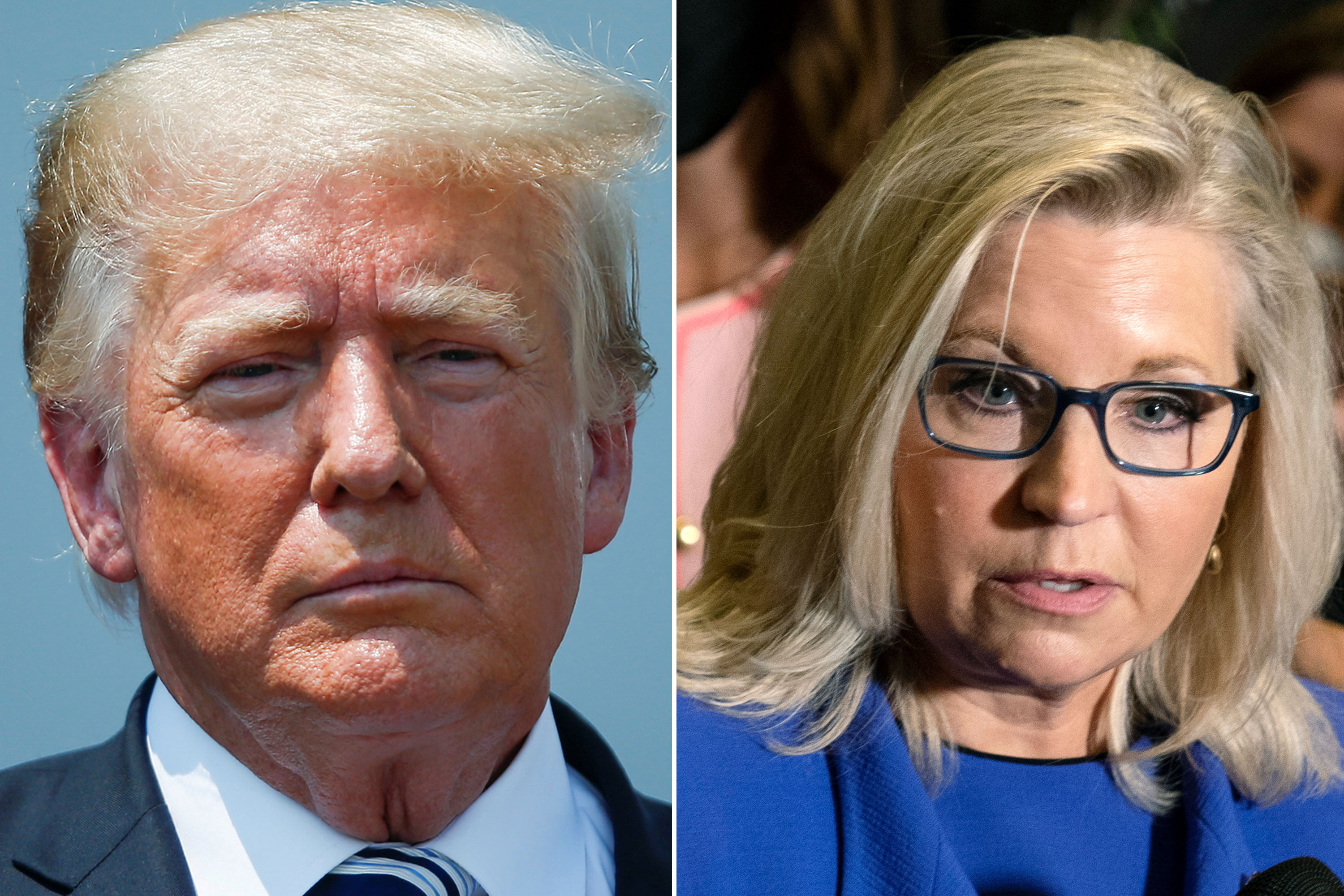 Former President Donald Trump said Tuesday he is planning to meet with a number of Rep. Liz Cheney’s (R-Wyo.) primary opponents next week as he weighs who he will endorse in the race.

Trump and his allies have repeatedly taken aim at Cheney — one of his most vocal critics and one of the 10 House Republicans who voted to impeach Trump following the riot at the Capitol on Jan. 6 —  vowing to do everything in his power to oust the Wyoming Republican from her at-large seat.

“​​Paying close attention to the Wyoming House Primary against loser RINO Liz Cheney. Some highly respected pollsters tell me she’s toast in Wyoming after siding with Crazy Nancy Pelosi and supporting the Democrat Impeachment Hoax. And that’s just the beginning! This is a ‘hot’ race with some very interesting candidates running against her,” he said in a statement.

“Remember though, in the end we just want ONE CANDIDATE running against Cheney. I’ll be meeting with some of her opponents in Bedminster next week and will be making my decision on who to endorse in the next few months. JUST ONE CANDIDATE. Thank you!”

Those looking to unseat Cheney have voiced concerns that a crowded field could give her an advantage in the race.

Six Republicans have already declared their candidacy in the primary race, with her opponents repeatedly hitting her for breaking with Trump.

Cheney — the daughter of Vice President Dick Cheney — was ousted by the House GOP conference from her leadership post as conference chair in a voice vote in May, with critics arguing that her decision to speak out against Trump was derailing GOP messaging.

The Wyoming Republican has stood by her decision to take aim at the former president, arguing that voters deserve to know the truth about the 2020 election and feels he bears responsibility for the attack on the Capitol, when pro-Trump rioters breached the building in an attempt to derail the election results. The siege resulted in five fatalities, including Capitol Police Officer Brian Sicknick.

While Cheney has faced pushback on her rhetoric from within her party, she has repeatedly stated she is not scared of a primary challenge.

“Bring it on. As I said, if they think that they are going to come into Wyoming and make the argument that the people of Wyoming should vote for someone who is loyal to Donald Trump over somebody who is loyal to the Constitution, I welcome that debate,” she said during an interview with Savannah Guthrie in May.

Cheney recently managed to outraise all of her primary challengers last quarter, raking in $1.88 million.

The Wyoming Republican, who has called on the party to steer away from Trump and return to its former platform, previously told The Post that she has not ruled out a 2024 presidential bid.