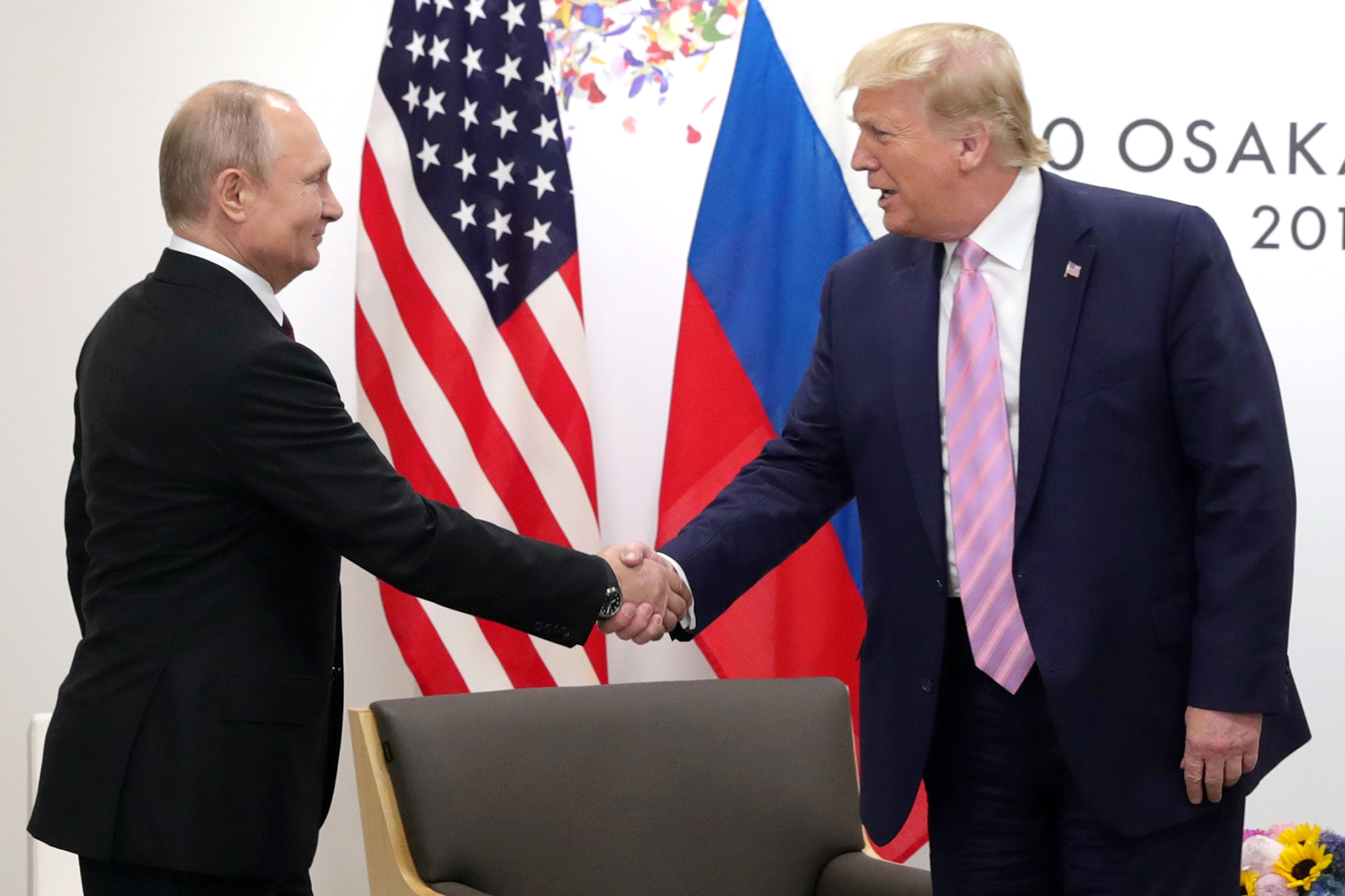 “This is disgusting,” Trump tweeted through spokeswoman Liz Harrington. “It’s fake news, just like RUSSIA, RUSSIA, RUSSIA was fake news. It’s just the Radical Left crazies doing whatever they can to demean everybody on the right.

“It’s fiction, and nobody was tougher on Russia than me, including on the pipeline, and sanctions,” the tweet said. “At the same time we got along with Russia.

At issue is a new report by The Guardian that Russian leader Vladimir Putin ordered a secret spy agency to find “practical” ways to support Trump’s bid for the White House during a Jan. 22, 2016 meeting at the Kremlin.

According to the report, Putin deemed Trump “mentally unstable” and believed his accession to the White House would create “social turmoil” and weaken the US.

The report, which The Guardian said is based on leaked Kremlin documents, claims that Trump was identified as the “most promising candidate.”

The documents include a psychological assessment describing Trump as an “impulsive, mentally unstable and unbalanced individual who suffers from an inferiority complex.”

The Guardian said the documents were shown to Western intelligence officials who believed they were genuine.

However, a spokesman for the Kremlin denied the claims, and called the Guardian report “pulp fiction.”