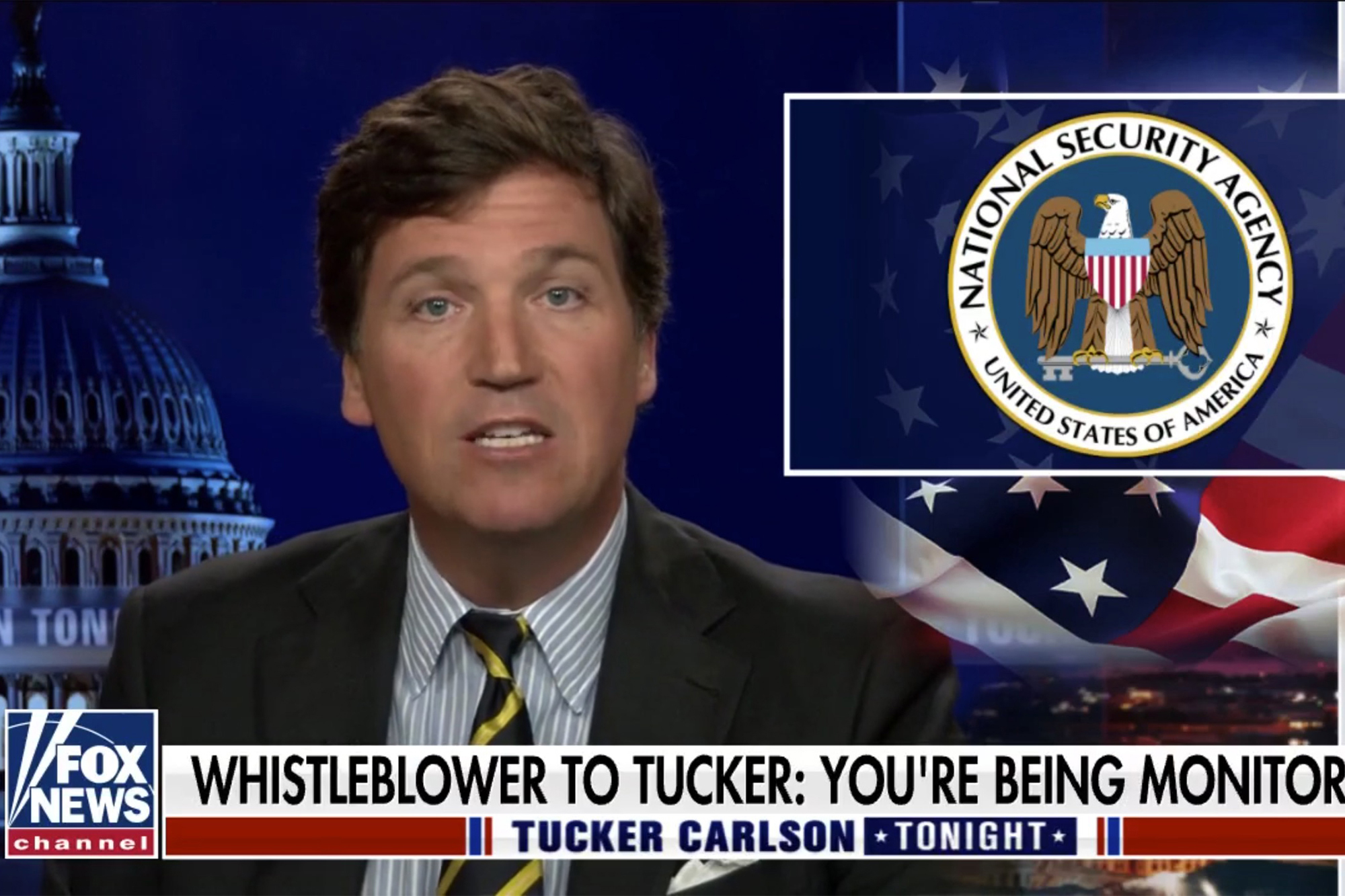 The National Security Agency has quietly admitted that the identity of Fox News prime-time host Tucker Carlson was “unmasked” and leaked as he alleged earlier this month, according to a report.

“For the NSA to unmask Tucker Carlson or any journalist attempting to secure a newsworthy interview is entirely unacceptable and raises serious questions about their activities as well as their original denial, which was wildly misleading,” a Fox News spokesperson told The Record, a cybersecurity news site.

Two sources told The Record Friday that, according to an internal NSA investigation, Carlson’s name was revealed after it was mentioned in “communications between two parties” that were under surveillance.

But the host of “Tucker Carlson Tonight” was neither a direct nor an incidental target of the agency, the sources said.

In June, Carlson accused the NSA of monitoring his emails in an effort to find damaging material that would force him off the air.

The claim led to a rare public denial from the agency, which stated that Carlson “has never been an intelligence target.”

“Unmasking” refers to the intelligence community practice that allows national security officials to see the identities of American citizens who correspond with foreigners under surveillance.

By law, Americans are supposed to remain shielded from spy agencies’ view — and making any “unmasked” names public is strictly prohibited.

The term became widely known in the wake of reports that Vice President Biden and other Obama administration officials “unmasked” the identity of then-National Security Adviser designate Michael Flynn in 2017 as part of the FBI’s Russia investigation.

The NSA review has been given to the House and Senate Intelligence committees, The Record’s sources said.