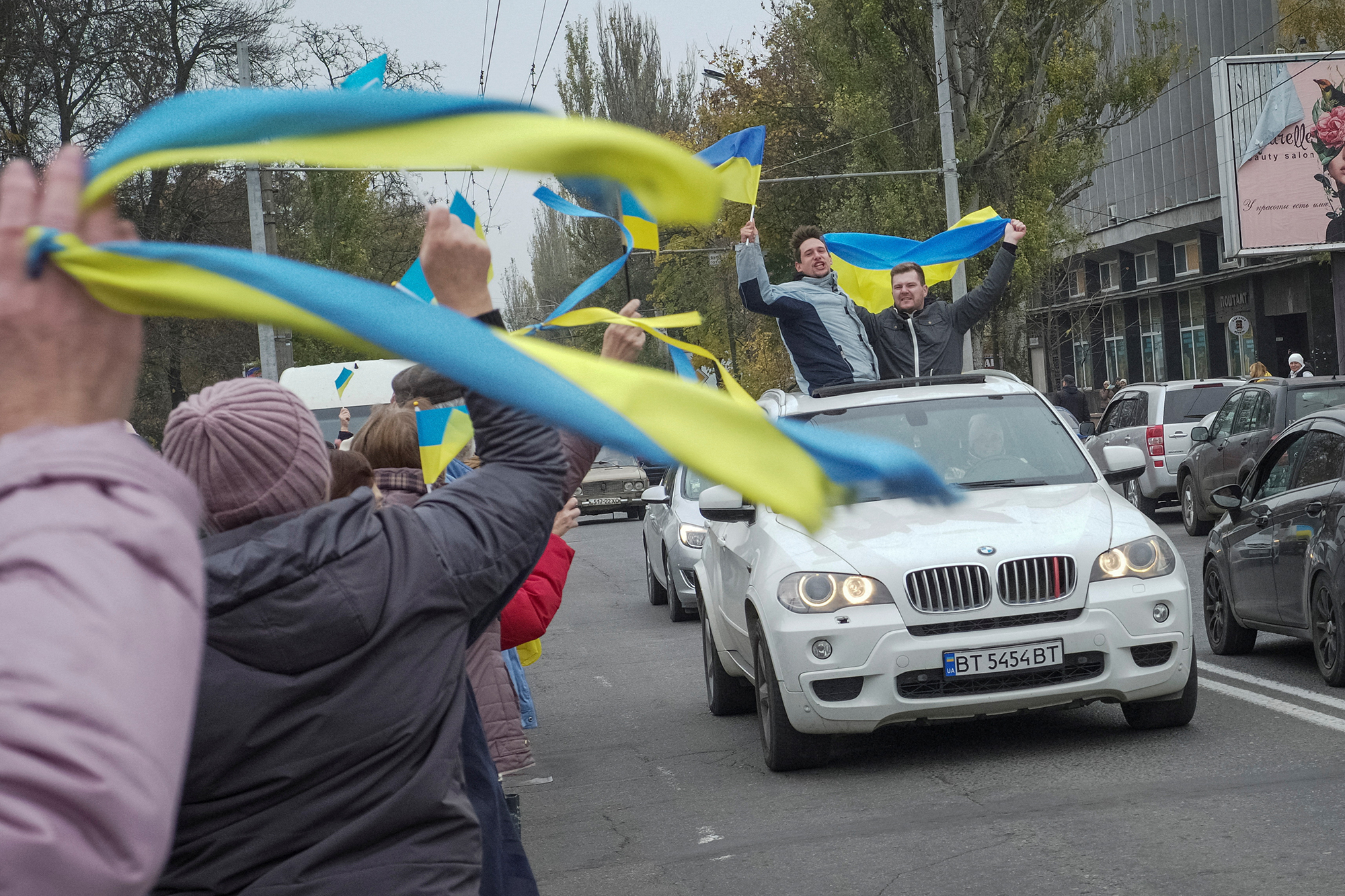 In a Telegram post from Yellow Ribbon, a self-described “public resistance” movement in Ukraine, the group highlighted the work of a woman named Lilia, identified as the coordinator of the “partisan” movement in the southern city.

A Telegram post also showed two people in a park taking down what appear to be plaques picturing Soviet-era military figures.

Other posts from the group feature yellow ribbons spray painted on trees in Kherson, according to the Kyiv Post.

The resistance campaign’s latest post comes days after Russian troops were ordered to retreat from Kherson, the regional capital.

Russia seized the city of Kherson in early March. The Ukrainiran military fought for months to recapture occupied territory and was prepared for a bloody battle to retake the Black Sea port, when the Russian military announced its troops would retreat, a critical blow for Moscow.

The announcement was made during a televised address by Russian General Sergei Surovikin, who said that it was no longer possible to keep Kherson supplied and that Russian troops would relocate to the eastern bank of the Dnipro River.