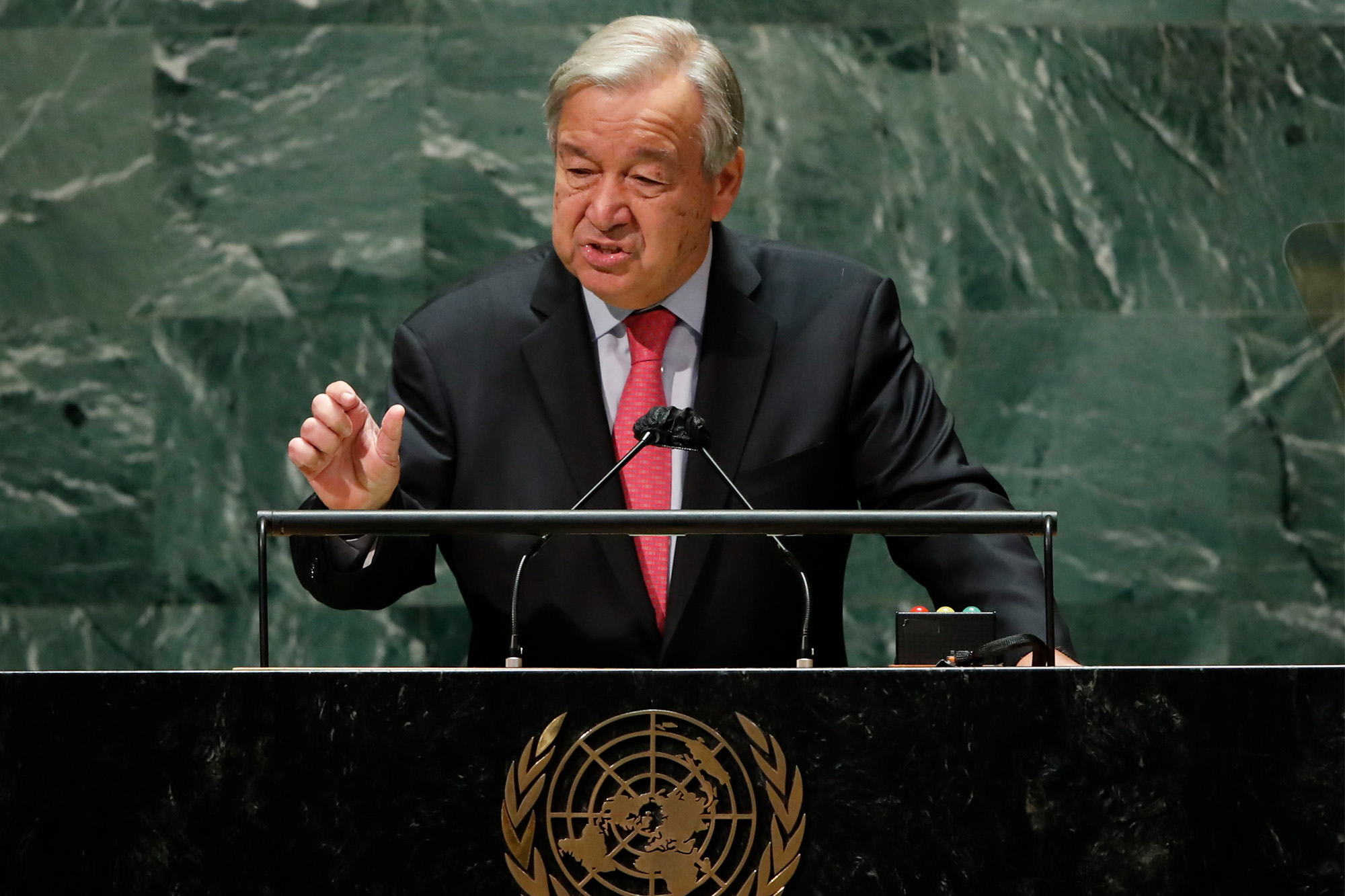 UNITED NATIONS — United Nations Secretary-General Antonio Guterres reprimanded the world on Tuesday for the inequitable distribution of COVID-19 vaccines, describing it as an “obscenity” and giving the globe an “F in Ethics.”

Addressing the annual UN gathering of world leaders in New York, Guterres said images from some parts of the world of expired and unused vaccines in the garbage told “the tale of our times” — with the majority of the wealthier world immunized while more than 90% of Africa has not even received one dose.

“This is a moral indictment of the state of our world. It is an obscenity. We passed the science test. But we are getting an F in Ethics,” Guterres told the UN General Assembly.

World leaders returned to New York this year after a virtual event last year during the pandemic. As the coronavirus is still raging, about a third of the 193 UN states are again sending videos, but presidents, prime ministers and foreign ministers for the remainder have traveled to the United States.

Out of 5.7 billion doses of coronavirus vaccines administered around the world, only 2% have been in Africa. Guterres is pushing for a global plan to vaccinate 70% of the world by the first half of next year.

The secretary-general, who begins a second five-year term at the helm of the world body on Jan. 1, also warned of rising tensions between the world’s superpowers — China and the United States.

“I fear our world is creeping towards two different sets of economic, trade, financial and technology rules, two divergent approaches in the development of artificial intelligence – and ultimately two different military and geo-political strategies,” he said.

“This is a recipe for trouble. It would be far less predictable than the Cold War,” Guterres said.