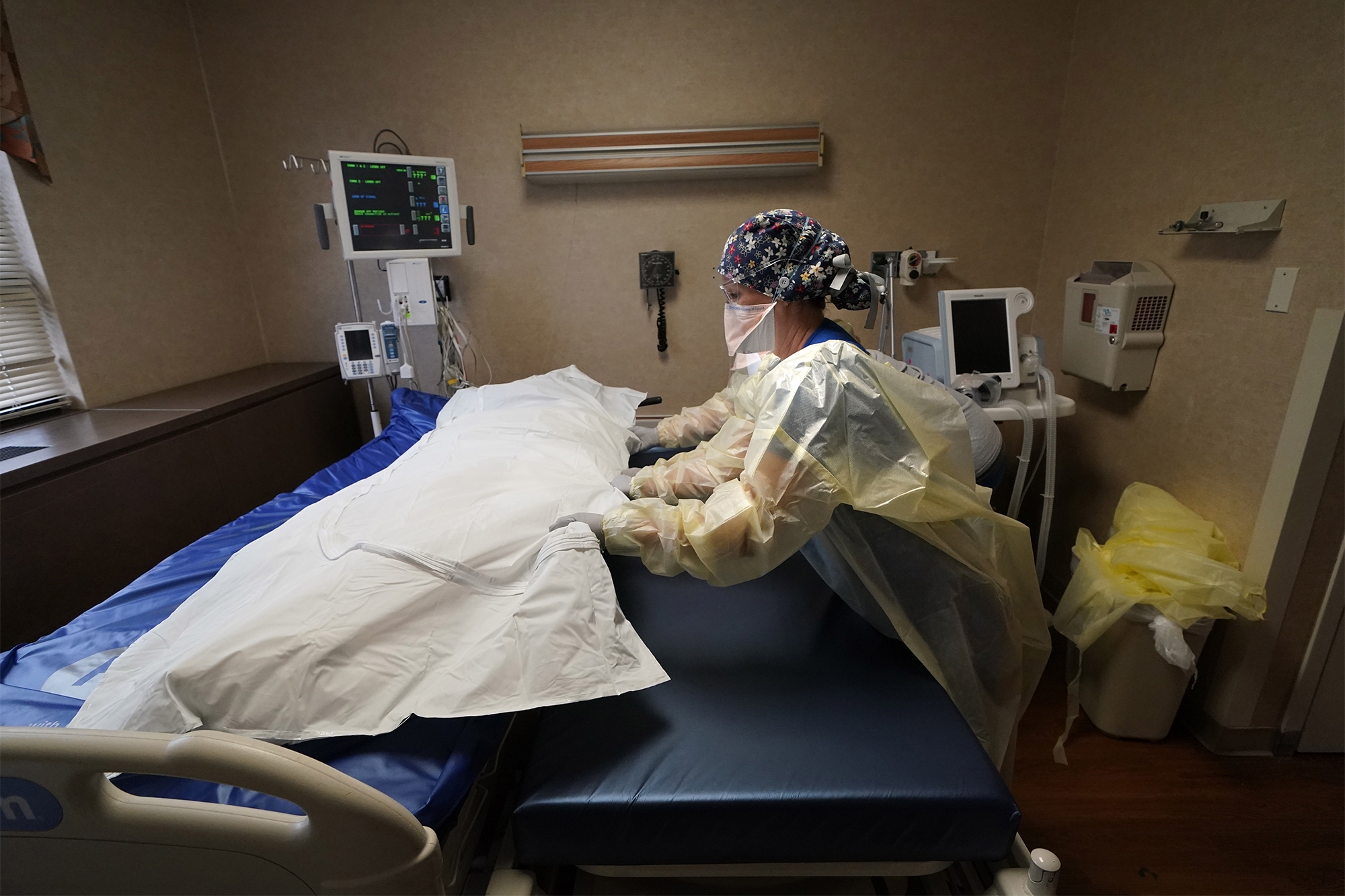 The US death toll from COVID-19 topped 800,000 on Tuesday, a once-unimaginable figure seen as doubly tragic, given that more than 200,000 of those lives were lost after the vaccine became available practically for the asking last spring.

The number of deaths, as compiled by Johns Hopkins University, is about equal to the population of Atlanta and St. Louis combined, or Minneapolis and Cleveland put together. It is roughly equivalent to how many Americans die each year from heart disease or stroke.

The United States has the highest reported toll of any country. The US accounts for approximately 4% of the world’s population but about 15% of the 5.3 million known deaths from the coronavirus since the outbreak began in China two years ago.

The true death toll in the US and around the world is believed to significantly higher because of cases that were overlooked or concealed.

A closely watched forecasting model from the University of Washington projects a total of over 880,000 reported deaths in the US by March 1.

President Joe Biden on Tuesday noted what he called a “tragic milestone.” He again called on unvaccinated Americans to get shots for themselves and their children, and urged the vaccinated to get booster shots.

“I urge all Americans: do your patriotic duty to keep our country safe, to protect yourself and those around you, and to honor the memory of all those we have lost,” Biden said. “Now is the time.”

Health experts lament that many of the deaths in the United States were especially heartbreaking because they were preventable by way of the vaccine, which became available in mid-December a year ago and was thrown open to all adults by mid-April of this year.

About 200 million Americans are fully vaccinated, or just over 60% of the population. That is well short of what scientists say is needed to keep the virus in check.

“Almost all the people dying are now dying preventable deaths,” said Dr. Chris Beyrer, an epidemiologist at the Johns Hopkins Bloomberg School of Public Health. “And that’s because they’re not immunized. And you know that, God, it’s a terrible tragedy.”

The US crossed the latest threshold with cases and hospitalizations on the rise again in a spike driven by the highly contagious delta variant, which arrived in the first half of 2021 and now accounts for practically all infections. Now the omicron variant is gaining a foothold in the country, though scientists are not sure how dangerous it is.

Beyrer recalled that in March or April 2020, one of the worst-case scenarios projected upwards of 240,000 American deaths.

“And I saw that number, and I thought that is incredible — 240,000 American deaths?” he said. “And we’re now past three times that number.” He added: “And I think it’s fair to say that we’re still not out of the woods.”