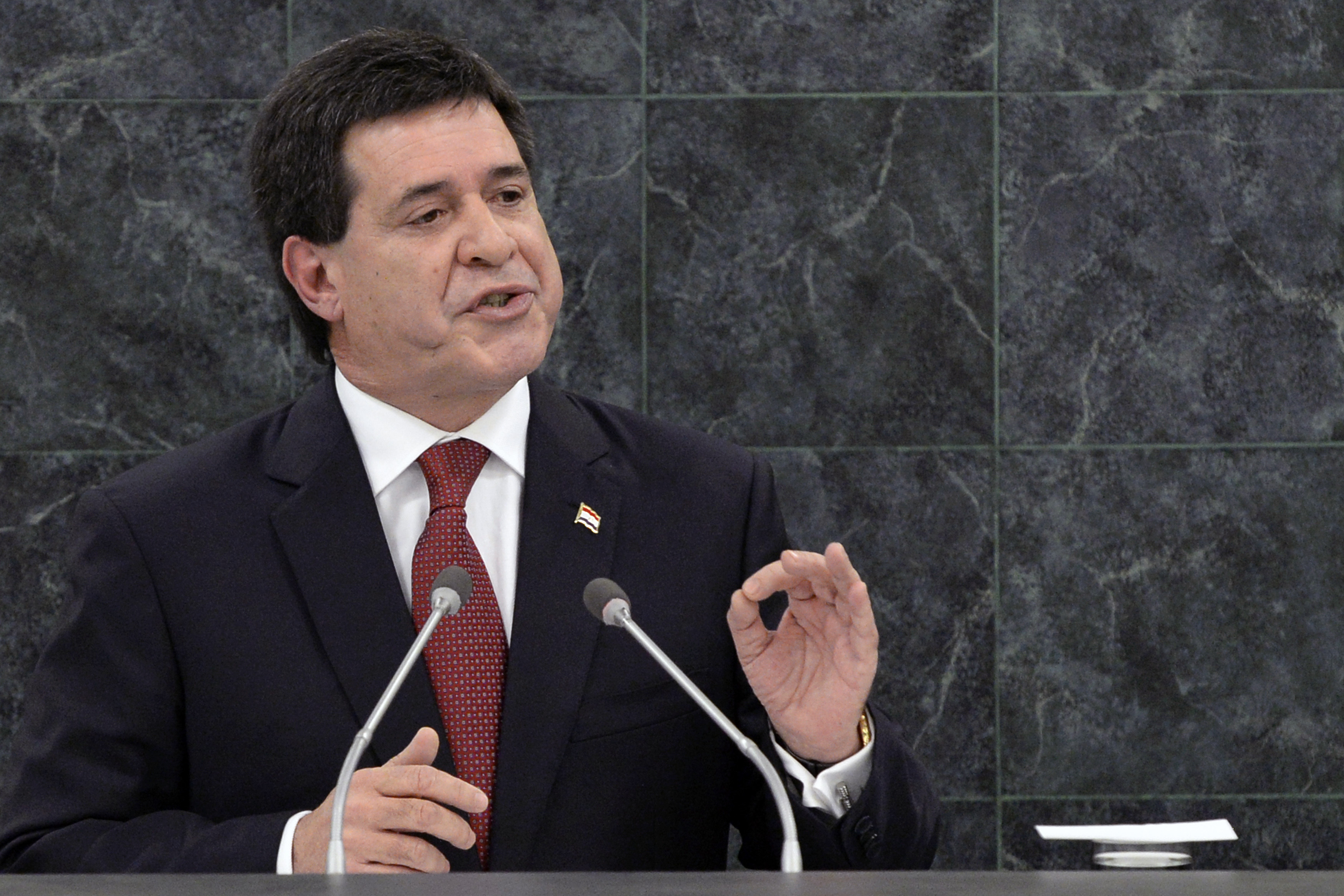 MIAMI — A former president of Paraguay who has been investigated for his alleged participation in money laundering operations was included on Friday on a U.S. corruption list.

The Department of State announced the designation of former President Horacio Manuel Cartes “for his involvement in significant corruption.”

Cartes served as president of Paraguay between August 2013 and August 2018. He owns a conglomerate of some 25 companies, including media and tobacco companies, and a supermarket chain. The former president has been investigated about alleged irregularities in his multimillion-dollar assets and for his alleged links with the leader of a money laundering network.

The former president “obstructed a major international investigation into transnational crime in order to protect himself and his criminal associate from potential prosecution and political damage,” Secretary of State Antony Blinken said in a statement.

He added that his actions “undermined the stability of Paraguay’s democratic institutions” and enabled the involvement of Cartes with “foreign terrorist organizations” and other U.S.-designated entities. The statement did not provide details on the investigations or alleged involvement in terrorist activities.

The businessman, who is currently seeking to be the new president of his conservative political party Partido Colorado, said the allegations are unfounded.

“I deny and reject the content of the allegations,” Cartes said on Twitter. He added that the is “committed to offering all the support and primary-source information that the authorities need to clarify” anything.

The internal election for the new president of the official Partido Colorado is scheduled for December. Cartes is competing with the current president of Paraguay, Mario Abdo Benítez, to be the next president of this political party.

In a news conference at the U.S. Embassy in Asunción on Friday morning, Ambassador Marc Ostfield said more such designations are likely.

The ambassador declined to provide any details of ongoing investigations into the former president.