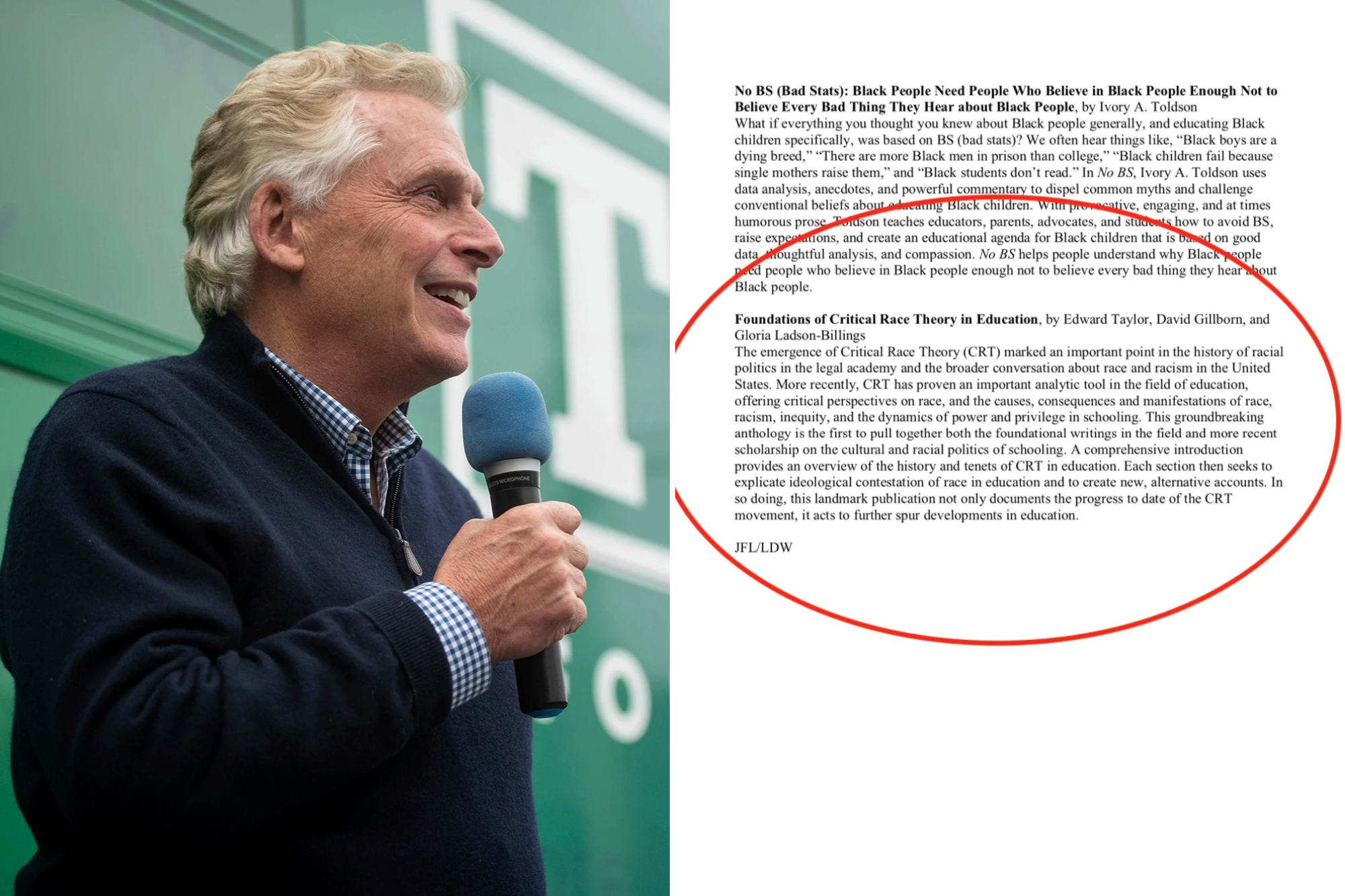 Education has taken center stage in the closer-than-anticipated contest, as Republican Glenn Youngkin has hammered away on the issue.

“It’s not taught in Virginia and it’s never been taught in Virginia,” McAuliffe said recently. “And as I’ve said this a lot, it’s a dog whistle. It’s racial, it’s division and it’s used by Glenn Youngkin and others, it’s the same thing with Trump and the border wall, to divide people. We should not be dividing people in school.”

But City Journal’s Christopher Rufo, an anti-CRT writer, tweeted today that he could “debunk that lie.” Rufo shared screenshots in which the state’s education department described critical race theory as a “best practice.”

Youngkin has promised raises for teachers — as well as a ban on CRT, according to the Washington Post.

The McAuliffe campaign did not immediately return a request for comment.