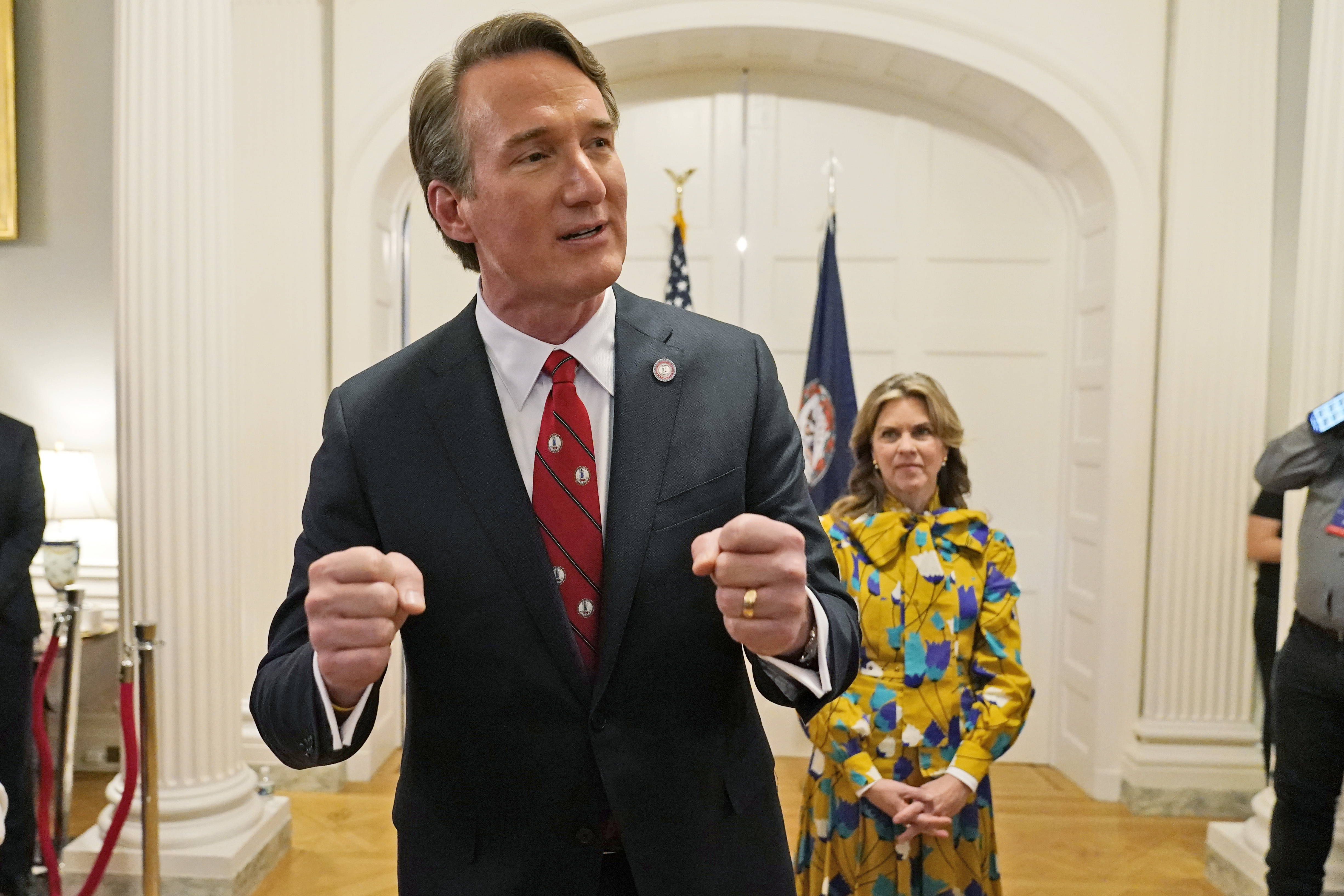 Republican Glenn Youngkin was sworn in as Virginia’s 74th governor Saturday — and took immediate action on the hot-button issues that secured his upset victory over former Gov. Terry McAuliffe in November.

Youngkin, nattily dressed in a morning coat and gray gloves, promised to “restore trust in government and to restore power to the people” in an optimistic inaugural speech that strove for bipartisanship after a bruising election battle.

“No matter who you voted for, I pledge to be your advocate, your voice, your governor,” he said outside the state capitol in Richmond.

Two hours later, he began signing off on nine executive orders and two executive directives that banned the use of critical race theory and other “divisive concepts” in public schools, rescinded his predecessor’s vaccine mandate for all state employees, and proclaimed that parents must decide whether their kids mask up in school.

In another order, Youngkin launched an investigation into “wrongdoing in Loudoun County” — where a skirt-wearing schoolboy’s sexual assaults on female classmates sparked the parental revolt that gave him the governorship.

Marine vet Winsome Earle-Sears, whose rifle-toting campaign photos made her a conservative heroine, became the commonwealth’s first black female lieutenant governor, and new Attorney General Jason Miyares is the first Latino to serve in that role.