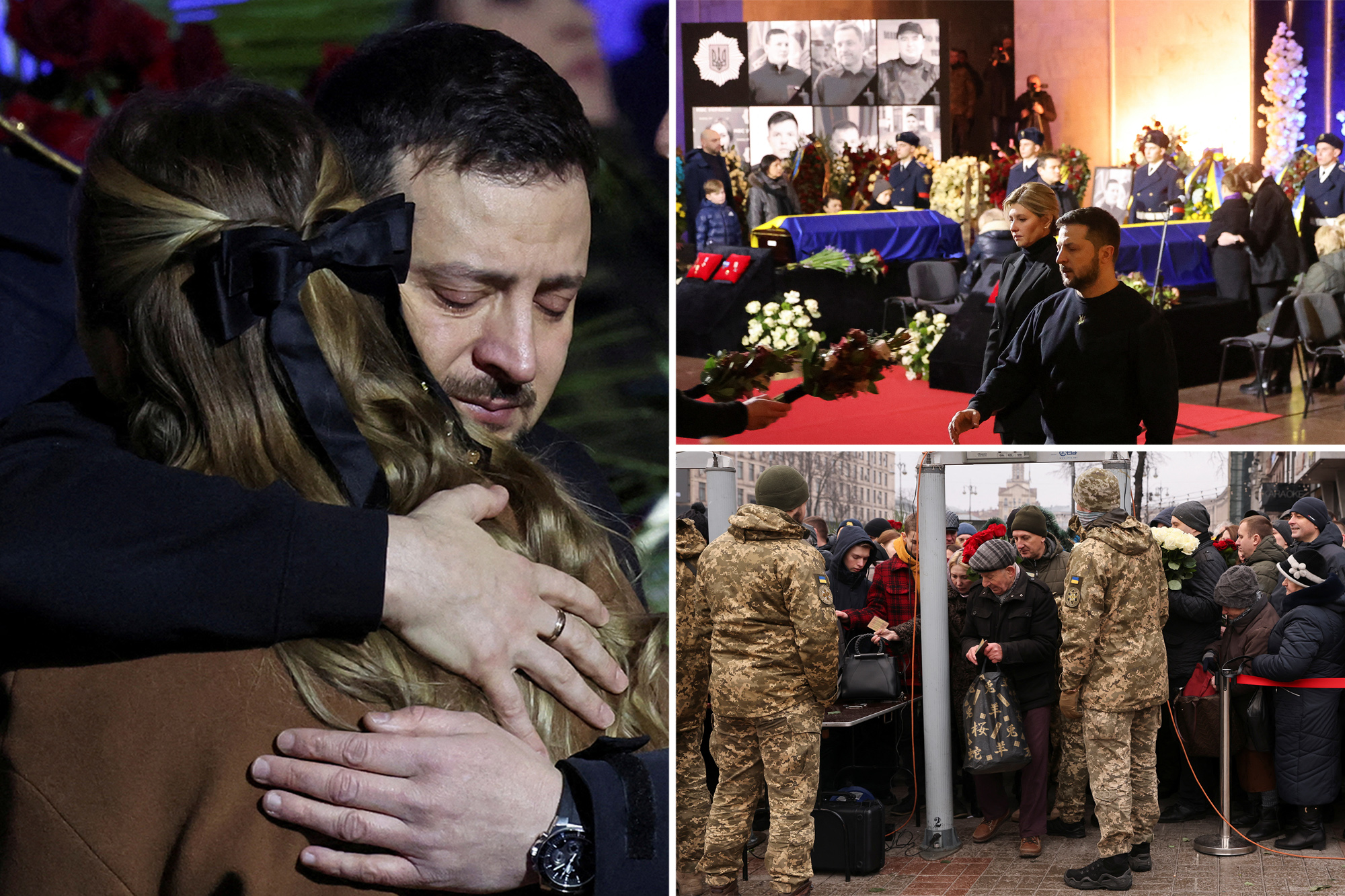 Ukrainian President Volodymyr Zelensky held a somber meeting with family members of some of the victims of a deadly helicopter crash that killed 14 people on Wednesday, including the country’s interior minister.

Zelensky reportedly spoke with relatives of seven of those killed in the crash in the Brovary area of Kyiv during a memorial service held Saturday in the country’s capital, where the president and his wife, Olena Zelenska, laid flowers on each of seven coffins.

The helicopter had been carrying Ukranian Interior Minister Denys Monastryrskyi and other officials when it slammed into a kindergarten building, killing more than a dozen people, including a child on the ground.

The cause of the crash has not been revealed but both Zelensky and Ruslan Stefanchuk, chairman of Ukraine’s parliament, blamed it on the ongoing war with Russia.

“All this would not have happened if not for this terrible and undeclared war which the Russian Federation is waging against Ukraine,” Stefanchuk said. “Therefore, we must remember this and not forget these people. Because for Ukraine and Ukrainians, every lost life is a great tragedy.”

The helicopter, a French-manufactured Super Puma, was being operated by Ukraine’s State Emergency Service when it crashed, killing Monastryrskyi and four other Interior Ministry officials, a national police officials, and three helicopter crew members, according to Ukraine National Police.

Monastryrskyi had been in charge of police and emergency services tasked with responded to Russian strikes and de-mining, analyst Volodymyr Fesenko said, adding that senior officials often travel by helicopter at low altitudes during times of conflict.