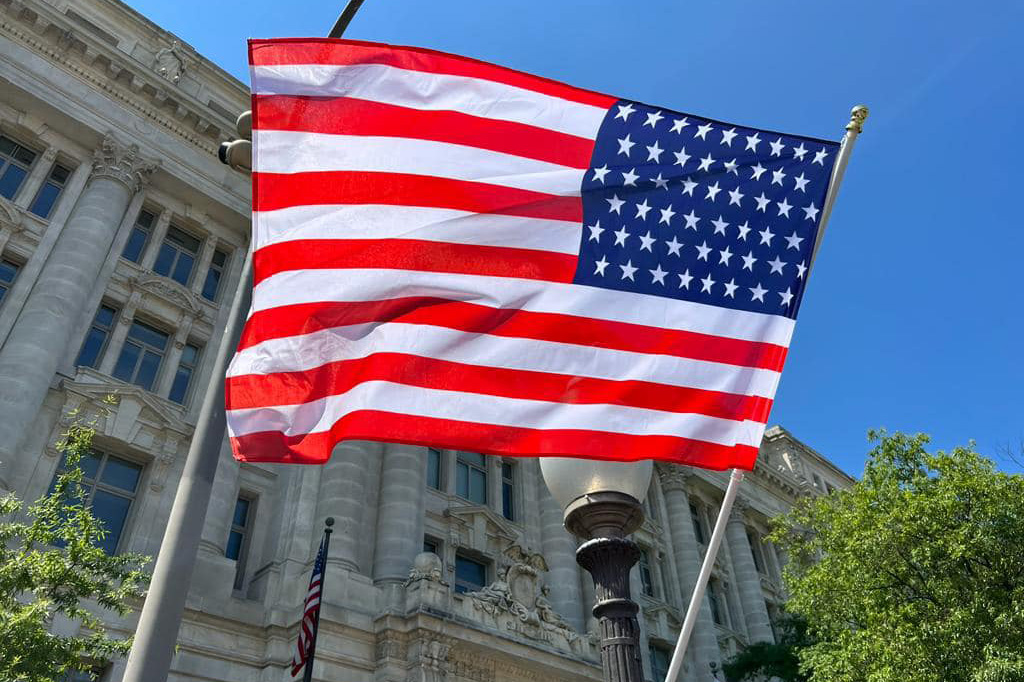 The mayor said she directed her team to hang the 51-star flags “as a reminder to Congress and the nation that the 700,000 tax-paying American citizens living in Washington, D.C. demand to be recognized.

“On Flag Day, we celebrate American ideals, American history, and American liberty. But the very foundation of those ideals, and the basis for our liberty, is representation,” Mayor Bowser said in a statement. “DC’s disenfranchisement is a stain on American democracy – a 220-year-old wrong that demands to be righted.”

The notion of D.C. statehood remains a contentious issue among lawmakers. D.C. has a population of more than 700,000 residents – greater than the states of Wyoming or Vermont – but the residents don’t have a voting member in the House and have no representation in the Senate. Nor does the district have control over its own local affairs. However, D.C. pays more in federal taxes than 21 states and more capital than any state, according to the 2019 IRS data book.

In April, House Democratic lawmakers passed the “DC Admission Act,” which would make Washington, D.C. the 51st state and grant its residents full representation in Congress.

Republican lawmakers have argued that because Washington, D.C.’s establishment is based in Article 1, section 8, clause 17 of the Constitution, any change to the district must come in the form of a constitutional amendment – not legislation from Congress. They’ve also argued that the idea of D.C. statehood amounts to little more than a power grab by Democrats to expand the majority in the Senate by adding two more senators from a liberal enclave.

In her Monday statement, Bowser invoked the leaked Supreme Court opinion draft that suggested Roe v. Wade, the landmark 1973 case that legalized abortion, was about to be overturned.

“As Americans nationwide brace for a decision on the future of Roe v. Wade, we are also reminded that DC’s disenfranchisement impacts not just Americans living in D.C., but Americans nationwide who share our values,” Bowser said. “While the stakes are even higher for Washingtonians, we stand shoulder to shoulder with the majority of Americans who believe in a woman’s right to choose.”

“We are at an inflection point for American democracy, and it is within the Senate’s power to do the right thing, embrace representation, and move DC statehood forward to the President’s desk,” Bowser said.

Americans across the country will pay tribute to the national flag, which was adopted nearly a year after the U.S. declared its independence when the Second Continental Congress officially approved the first design for America’s national flag – June 14, 1777.