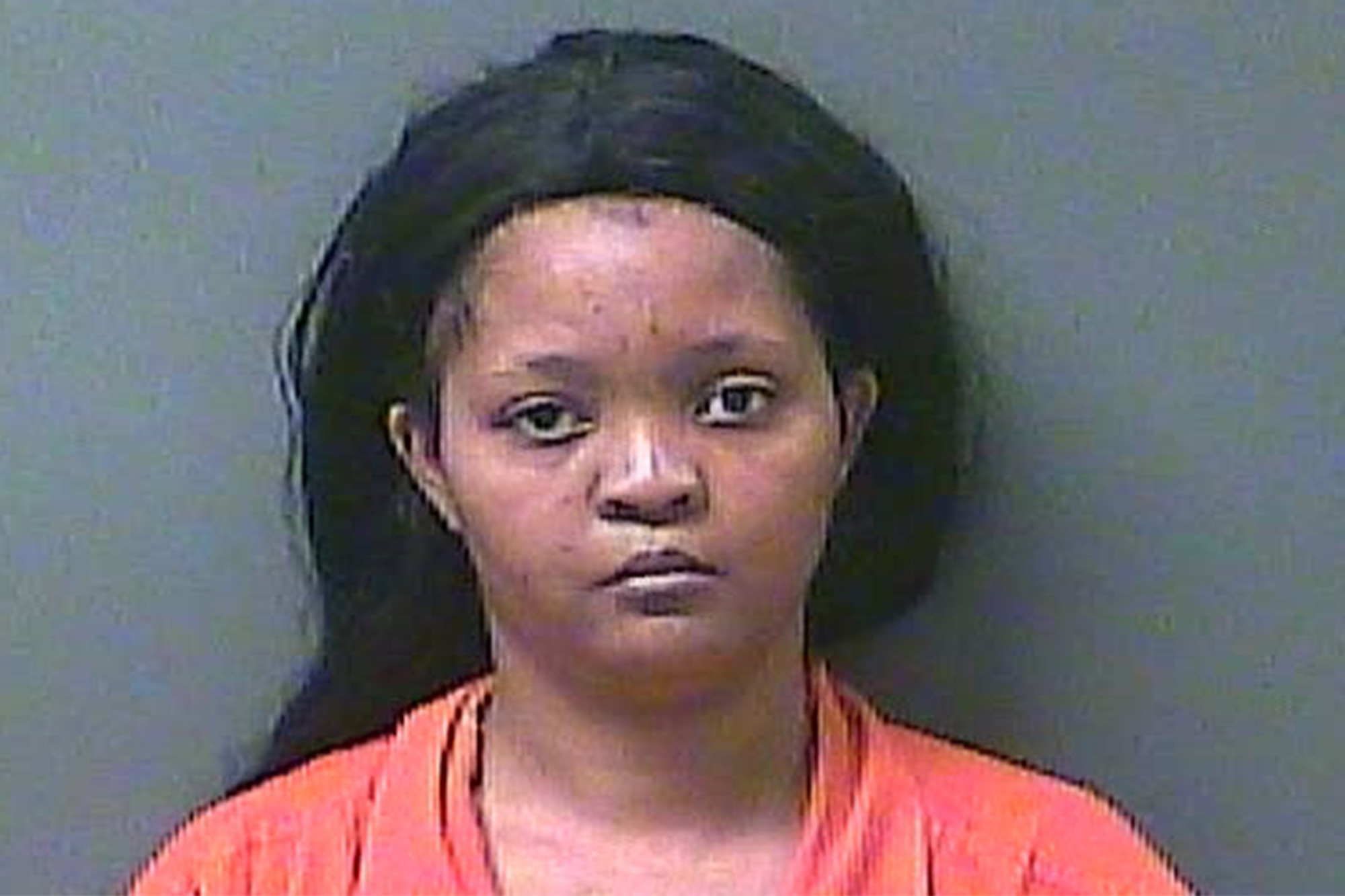 An Indiana woman allegedly murdered her husband before chopping him up with an ax and asking her kids to help get rid of the body, reports said.

Thessalonica Allen, 34, was arrested for shooting her husband Randy Allen in the bedroom of their LaPorte apartment on July 27, according to court documents obtained by The South Bend Tribune.

When the kids heard the shots and walked in the bedroom, Thessalonica allegedly told them to ignore the dying man’s pleas to call 911 and go to their room.

The children, described as teenagers but under 16 years old, were later woken up in the middle of the night to help drag the dead body into his car – but the body was too heavy, the Tribune stated.

After their mother came home the next day with an ax and chopped off Randy Allen’s legs, the kids helped load his remains into a tote, which police later found stuffed in a closet in the daughter’s bedroom, The Northwest Indiana Times reported.

“The children stated that mom had plans to take the vehicle and body to South Bend and set it on fire,” police said, according to the Times.

Thessalonica Allen was arrested after her ex boyfriend tipped off police to the killing.

The ex, the father of one of Allen’s children, came to her apartment after she allegedly told him Randy Allen was beating their kid – but when he arrived he was shown Randy Allen’s body in a closet, police said.

After he refused to help her get the body into a car, she drove the man home – allegedly tossing a gun out of the window and telling the man she shot her husband because he was “beating up on her and the kids.”

When police arrested the woman, she reportedly told officers her husband beat her and that she shot him after some kind of physical fight.

The kids allegedly told authorities that Randy Allen had been helping them on a computer when he saw a website their mother had visited. The husband and wife got into an argument in the bedroom before the kids heard a shot fired.

Two papers found in the apartment under the daughter’s pillow appeared to be a to-do list, with items like “hit him with a hammer and stab him” and “roll up body in sheets and plastic bags,” according to the charging documents.

“When I was told, I just started screaming,” Randy Allen’s aunt Patricia Blanton reportedly said. “I lost it. Can’t imagine what the kids are going through.”

The victim’s sister Sharon Colmen said the family was devastated.

“This was a senseless murder that didn’t have to happen,” Colmen said, according to WSBT.

Thessalonica Allen was slapped with multiple charges, including murder, abuse of a corpse and contributing to the delinquency of a minor, reports stated.

She pleaded not guilty, WSBT reported on Wednesday.