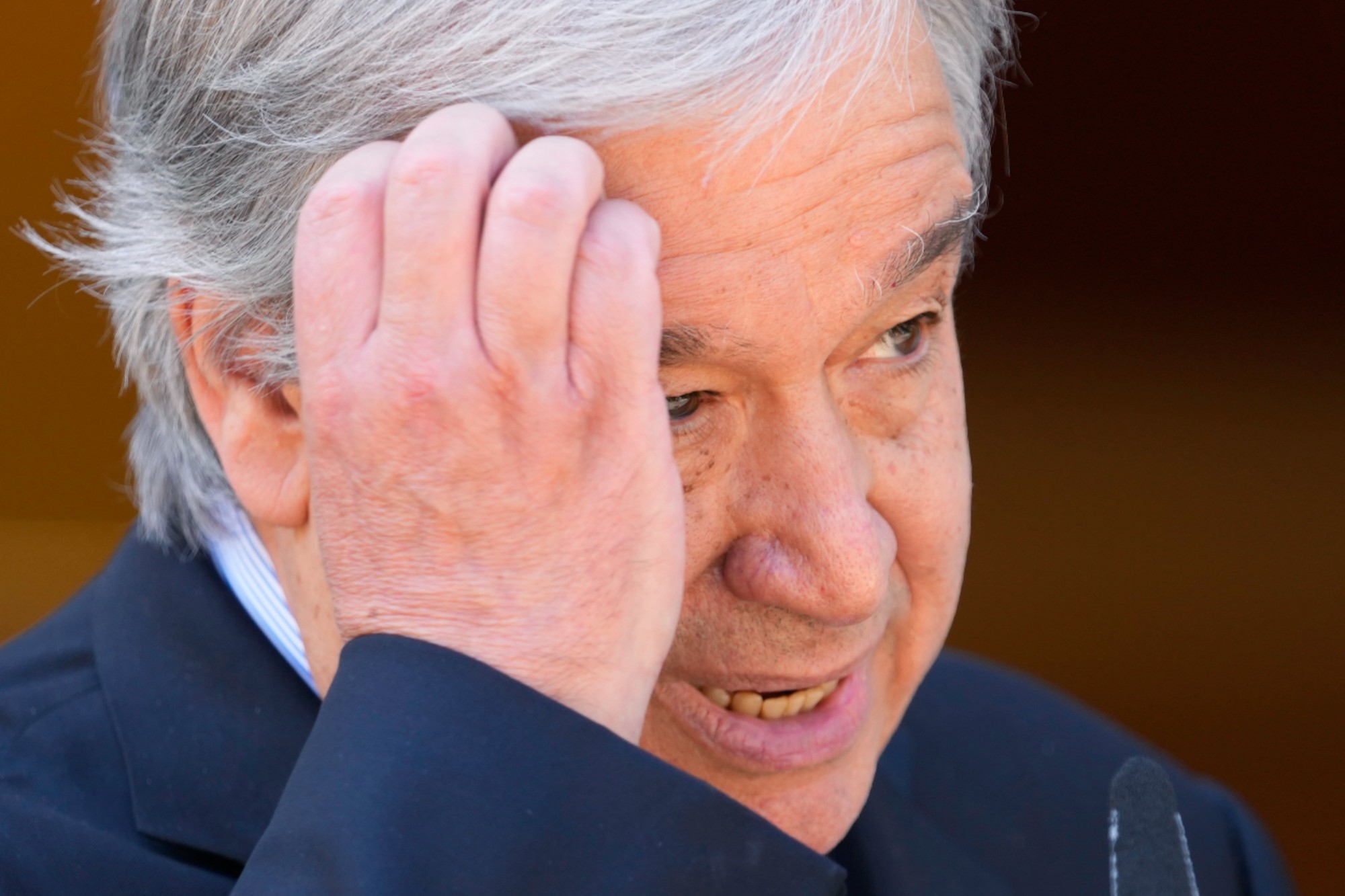 ROME — Pope Francis on Monday decried as criminal the existence of hunger in a world which can produce enough food for all, building on a warning from UN Secretary-General Antonio Guterres that climate change and conflict are a consequence and driver of poverty and income inequality.

Guterres told a meeting in Rome via video message that the world’s food system generates a third of all greenhouse gas emissions. That same system is responsible for as much as 80 percent of biodiversity loss, he lamented in a video message.

The gathering was called to help prepare for a UN food systems summit to be held in September in New York.

In a written message that was read to meeting participants, Francis said the coronavirus pandemic has “confronted us with the systemic injustices that undermine our unity as a human family.”

He said the the world’s poorest people and the planet are crying out because of “the damage we inflict on it through irresponsible use and abuse of the goods God has placed in it.”

The pontiff added that while new technologies are developed to increase the capacity to produce food on Earth, people continue to “exploit nature to the point of sterilization, thus expanding not only external deserts but also internal spiritual deserts.“

Francis called the “scandal” of hunger a ”crime that violates basic human rights.”

Earlier this month, a UN report noted that up to 161 million more people faced hunger last year compared to 2019, with much of that widened suffering likely linked to the COVID-19 pandemic.

“Poverty, income inequality and the high cost of food continue to keep healthy diets out of the reach of some 3 billion people,” Guterres said. ”Climate change and conflict are both consequences and drivers of this catastrophe.”

The summit idea was launched in 2019 months before the coronavirus emerged, but Italian Premier Mario Draghi said the pandemic made existing threats to food security more urgent.

Draghi noted in his remarks Monday that the Agricultural Commodity Price Index had jumped by 30 percent compared to January 2020.

The International Fund for Agricultural Development called on decision-makers “to address the failures in food systems” that leave hundreds of millions of people poor and hungry. IFAD is a UN agency which aims to help small-scale farming.

IFAD appealed for food production which “protects the environment and biodiversity and where people who produce our food are paid decently for their labor.”

In 2020, as many as 811 million people faced hunger, according to the UN report earlier this month.

The chief economist of the Rome-based UN Food and Agriculture Organization has said that removing 100 million people from chronic undernourishment would need an additional $14 billion (nearly 12 billion euros) every year until 2030 and nearly triple that amount to achieve the UN goal of zero hunger by 2030.